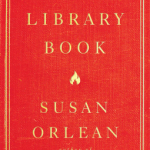 Susan Orlean, hailed as a “national treasure” by The Washington Post and the acclaimed bestselling author of Rin Tin Tin and The Orchid Thief, reopens the unsolved mystery of the most catastrophic library fire in American history, and delivers a dazzling love letter to a beloved institution—our libraries. On the ... more >

The Secret Libraries of History “After news emerged about an underground reading room in Damascus, Fiona Macdonald discovers the places where writing has been hidden for centuries.” Some of these are secret libraries while another is more a private one with limited access. Two, however, are rewriting what we know ... more > 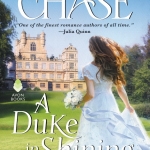 REVIEW: A Duke in Shining Armor by Loretta Chase

Not all dukes are created equal. Most are upstanding members of Society. And then there’s the trio known as Their Dis-Graces. Hugh Philemon Ancaster, seventh Duke of Ripley, will never win prizes for virtue. But even he draws the line at running off with his best friend’s bride. All he’s ... more >