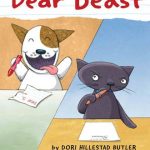 A jealous cat really, really, REALLY wants to drive away his young owner’s new dog in this playful illustrated chapter book from a two-time Geisel Honor winner. Simon has taken care of his owner, Andy, for many years. He’s a good cat. Clean, responsible, and loyal. What more could a ... more > 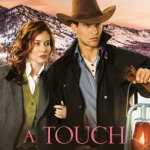 REVIEW: A Touch of Forever by Jo Goodman

Lily Salt has sworn off men. After finally gaining her independence, the last thing she needs is another man telling her what to do. But the handsome railroad engineer from New York isn’t at all what she expected. He’s kind, gentle…and tempting enough to make her wonder what a second ... more >

REVIEW: Reflected In You by Sylvia Day

Dear Ms. Day: Part of my response to this book is in direct correlation with my biggest fear for the book – that the conflict between Eva and Gideon would be unnaturally extended as we worked our way through to the end of the trilogy. Fortunately that did not happen. ... more >

REVIEW: The Gift by Eva Cassel

I'm always looking for good f/f/m and this story was recommended to me by another reader.   The only other Harlequin Spice short I've read, Tonight, My Love, by Tracie Sommers, was very memorable. The Gift is sexy, unique, and well-written.   It opens with Mia and her husband, Evan, at a ... more >

Dear Ms. Garnier: This is another book I don’t think I would have picked up on my own because author’s name made me think of the hair color. Huzzah for review copies. Antonia “Toni” Kearney and Grey Richards have been a couple for about two years.   Grey had solicited Toni’s ... more >