This book continues the story of Rebecca from Walter Scott’s 1820 novel Ivanhoe. The Ivanhoe backstory: Jewish women in medieval England do not fall in love with Christian knights like Ivanhoe. Neither do they heal knights from battle wounds. But Rebecca does both—and nearly pays with her life. Rescued by ... more > 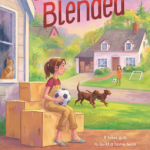 REVIEW: Bea Is for Blended by Lindsey Stoddard

Bea and her mom have always been a two-person team. But now her mom is marrying Wendell, and their team is growing by three boys, two dogs, and a cat. Finding her place in her new blended family may be tough, but when Bea finds out her school might not ... more > 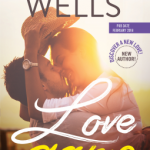 She’s earned her position Kate Snyder is at the top of her game. She scored her first national championship at Wolcott University in her undergrad days, and now she’s the coaching legend of the #1 college women’s basketball team. No one knows the meaning of the phrase “work your way ... more >

Friday News: The good, the bad, and squirrel sex

Writing for the Awl Was the Best Mid-Career Decision I Ever Made – So you’ve probably heard that the Awl and the Hairpin are both shutting down. There have been a number of pieces on the Awl, especially, and its impact on writing and publishing and all sorts of other ... more >