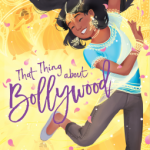 REVIEW: That Thing about Bollywood by Supriya Kelkar

Bollywood takes over in this contemporary, magical middle grade novel about an Indian American girl whose world turns upside down when she involuntarily starts bursting into glamorous song-and-dance routines during everyday life. You know how in Bollywood when people are in love, they sing and dance from the mountaintops? Eleven-year-old ... more > 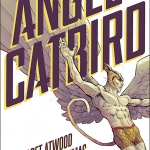 The Creativity Bias against Women – A paper written by three researchers at Duke University’s Fuqua School of Business shows that in certain work environments, men are perceived to be more creative than women, especially in fields that are more dominated by or associated with male characteristics (e.g. Architecture showed the ... more >

Dear Susanna Carr: The title of your book, Secrets of a Bollywood Marriage, both attracted me and put me off a bit. It signalled a marriage-in-trouble story (a trope I love) but also a Bollywood setting (which I’m starting to get tired of). Nevertheless, I was curious to see what ... more >

JOINT REVIEW: Bollywood and the Beast by Suleikha Snyder

Dear Ms. Snyder, Kaetrin: I like Beauty and the Beast stories and I enjoy stories set in India – although most of what I have read in that regard has been historical and it’s difficult for me to tell how accurate they were.  I’m asked Sunita to review Bollywood and ... more >

Janine: About the time we had the discussion of diversity in Harlequin’s romances here at DA, Suleikha Snyder made a couple of thoughtful comments on Twitter, and that got me interested in her volume of two connected stories, a novella called Spice and Smoke. Spice and Smoke is set in ... more >

Friday Film Review: Jab We Met (When We Met)