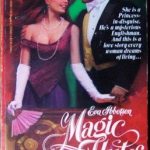 In the spring of 1922, young Austrian Princess Theresa-Maria – known to her ancient aunts as ‘Putzerl’ – abandons her crumbling castle and her royal duties. Disguising herself simply as Tessa, she enrolls as under wardrobe mistress of the International Opera Company and soon loses herself in the intoxicating world ... more > 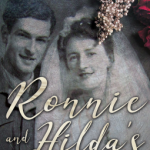 Ronnie and Hilda Williams met by chance aged 21 in Lancashire in November 1945, when Ronnie was home on his first leave after fighting in some of the most bitter campaigns of the Second World War in Italy. With the uncertainty of the future and Ronnie’s obligation to return to ... more >

REVIEW: Airs Above the Ground by Mary Stewart

While having tea with her mother’s school friend Carmel Lacy, Vanessa March learns that her husband Lewis, whom she believes to be in Stockholm on business and with whom she had a row before he left, appears in a newsreel story in Austria. Carmel, assuming Vanessa will be joining Lewis ... more >

In 1786 Vienna, Lorenzo Da Ponte is the court librettist for the Italian Theatre during the height of the enlightened reign of Emperor Joseph II. This exalted position doesn’t mean he’s particularly well paid, or even out of reach of the endless intrigues of the opera world. In fact, far ... more >

More than 20,000 people are now suing Facebook in Europe over privacy – Austrian law student Max Schrems claims that he has gotten 20,000 people from 100 countries to join his lawsuit against Facebook for a variety of privacy violations. Schrems and his attorney will keep the class to 25,000 ... more >