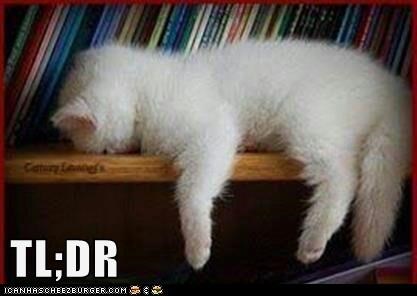 I was being equal parts careless and provocative, when, the other day on Twitter, I tweeted the following:

1088 pages is just too long a book no matter how skilled a writer you are. Agree or disagree?

Quite honestly, I was bored and looking for something to liven up my afternoon, feeling a bit mischievous, as well as, from a writerly and readerly perspective, interested in hearing opinions on the topic. But I really should to have put the first sentence in quotes, because it isn’t and never was my literal opinion.

So before anyone else takes issue, let me clarify that I don’t think book length is a factor that trumps all others – that would be a ridiculous assertion. Nor do I think that 1088 pages is some kind of magic number, below which quality and skill count and above which they cease to matter. That would be even more absurd.

So what do I actually think on the matter of length? Mostly that each book should, in an ideal world, be exactly the length that best serves its author’s vision, whether that length is two hundred pages or two thousand.

Skill does count; it counts a great deal. Nonetheless, book length is a factor in my reading decisions. Although I have enjoyed long books, unless I’ve gotten a strong recommendation from a trusted source or have read the author in the past, I tend to shy away from them when I make my purchasing decisions. Here are some of the reasons why.

Attention span is a factor, but not the only factor.

In high school and college I had a higher tolerance for long books and my attention span isn’t what it used to be. This makes me sad because I wish I could concentrate as easily as I once did.

In my case, I suspect this shortening attention span is primarily due to web browsing, but I also think a contributing factor is the shortening of the average romance in the early 2000s, which was one of the things that conditioned me to expect to spend less time with books. Back in the 1990s, I loved many longer books, so I have no beef whatsoever with readers who prefer them.

This type of conditioning is one of several reasons I think it’s good that longer romances are showing themselves to be viable in the marketplace now.

But while the change in my attention span has had an effect on my interest in reading longer books, I think that to equate a preference for shorter books solely with an inability to concentrate is a fallacy.

Reading speed is also a factor.

My reading speed isn’t super fast. It took a significant dive when I switched primary languages. I regret it more than I can say, although there is a silver lining in that a side effect of is that as I read, I’m more conscious of the sound and rhythm of words now than I was when I read faster.

Still, this means I’m typically lucky to finish a book a week, and even a two hundred page book doesn’t get read in one sitting.

Why am I bringing this up? Because I don’t think the ability to concentrate or deal well with the boring parts of a book is the only factor in why longer books feel like a greater investment for some of us than for others. Time is an additional constraint, because we all have a finite amount of it.

I also think reading speed and attention span can affect each other. Before you pride yourself on your ability to stick with a relatively slow feeling book and assume it’s all due to your attention span, you may want to consider how much slower that same book may feel to someone who only reads at half your speed.

One of the more controversial statements I made in this same Twitter conversation was that longer books mean a greater likelihood of flab. I’ll get to what I mean by this in a moment, but first, let me say that I do understand that each reader is going to define flab differently. Given the subjective nature of reading, it is impossible for what each of us considers flab not to also be subjective.

So let me give one example of what I consider flab. Take the following two sentences.

By my statement that longer books are more likely to contain flab, I don’t mean that any longer book is going to be flabbier than any shorter book. This would be a completely ludicrous statement.

Here’s the point I was trying to make though.  Even many of the best writers will sometimes overlook what given more time they would choose to delete: words they consider superfluous. And I have long thought that all other things being equal, the longer a work is, the more often this is likely to happen, which means that on average this holds true. I could very well be wrong on this point, though.

If a book takes three times longer than most books to read, I want it to be as good as three average-length books put together.

This too proved to be a controversial statement, which surprised me even more. All I meant to say by this was that in the same way that I have to consider whether I’m going to get my money’s worth out of a book, I also have to consider whether I will get my time’s worth. I will generally only put in three times more time (or money) if I expect to get three times more out of the reading experience.

Does this mean I shouldn’t read long books?

Someone suggested so to me, but I don’t agree. Why? Because as Jane’s post about the reader’s ever-changing hard limits suggests, most readers have dislikes that can be overcome.

Just about every reader I know has some kind of strong preference, whether it be for genre, setting, heat level, character types, tropes, style of language, and length is just one of these.

And maybe I’m wrong, but I would venture to guess that just about every reader has had a reading experience which persuaded him or her to suspend at least one of these preferences and enjoy doing so.

It’s certainly true of me. Those books that overcome a preference to the contrary of mine often end up among my very favorites.

So authors, I hope you write books of the length that best serves your vision. And readers, I hope you weigh in below. Do you have any preferences when it comes to the length of your reading material? If so, what are they, and how do they influence your purchasing and reading decisions?