The Reader’s Ever Changing Hard Limits 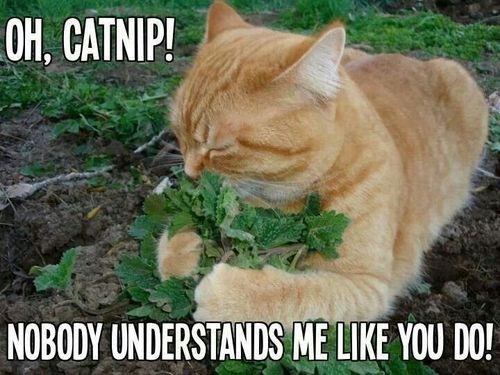 A few years ago I wrote a post about the reader’s consent. Essentially the argument I made is that authors have to win over the readers’ consent to move on to the next stage in a story. Most debates over books arise because readers have different limits on when they’ll withhold consent. One of the most robust discussions I remember from the All About Romance site was over the Jo Beverly book “An Unwilling Bride.” In the story the hero, Lucien, strikes the heroine.

The debate is whether Lucien can ever be redeemed from that moment sufficient for the reader to buy into the idea that he can be a partner for the heroine and one who isn’t going to haul off and smack her every time he believes she’s stepped out of line.

Readers on the side of Lucien believe that the text shows his remorse and a change in his ways. Readers on the other side believe he’s an abuser and worse, enjoying this book elevates abuse as acceptable behavior.

For some readers, a hero striking a heroine is a hard limit, meaning that its intolerable in every situation from when Jamie in “The Outlander” beats Claire because it’s expected by his clan to when Lucien slaps Beth in “Unwilling Bride”.

For other readers, whether the act of a male protagonist striking a female is acceptable depends on the situation. More realistically, it depends on how much the reader enjoys the book because the same reader who excuses Jamie’s behavior may not excuse Lucien’s.

A much lauded book within romance readers is “To Have and To Hold.” Sebastian the main protagonist is a sadistic rapist who buys a criminal condemned to death with the sole purpose of toying with her emotionally and physically in ways that humiliate her to the point that she wishes she was dead. After he rapes her, he has an epiphany and spends the last half of the book turning his character around.

The same reader who enjoys this book may have problems with the current slate of motorcycle club books with the overly misogynistic tones or even “The Last Hour of Gann” (although the hero’s “rape” is not considered to be rape in his culture and he does not ever rape the female protagonist).

Reader’s limits come less from the trope or acts than the execution skills of the authors and the reader’s own bias.

Last week Willaful highlighted a reader who was upset with the characterization of a heroine in a story who left her child in a hotel room to engage in anonymous sex.  I’ve not read the book. For that reader the author’s execution of the storyline did not work and for that reader that particular set up may never work.

In the 70s and 80s, secret baby tropes abounded in greater numbers than they do today. The woman could keep the baby secret with no real justification other than we all knew that men weren’t interested in being fathers so there was no harm done. The cultural attitude toward the involvement of fathers in parenting has changed the type of secret baby book that is acceptable to more readers. Nowadays the mother has to have a really good reason for keeping the baby secret or animosity toward the heroine is hard to overcome.

For many readers, the secret baby trope is just not one that they can get behind anymore but those same readers may, from time to time, enjoy one because of the skillful way that the author has executed the plot line.

When an author writes outside the mainstream such as featuring a hero with a tiny penis, the author has to be ten times more skilled at telling a story than one who is telling a story of a well endowed man. For readers, it isn’t so much that dick size is a hard limit but that there are few authors that can write the tiny penised hero and make readers love him and probably even fewer authors who want to try.

The author has no idea where the reader’s line of consent is other than to look at what’s been successful in the past. My guess is that authors internalize criticism pinpointed toward other authors and then shy away from extending too far out wanting to avoid the same criticism. It’s the complaint I’ve seen in regards to authors writing more multicultural stories. It’s “safer” for the author to stay within a certain set of tropes and characters.

But gaining a reader’s consent takes time. It can be built through previous good books. There are some authors I just trust can take me anywhere with them. New to me authors are treated with much more skepticism. There are new authors that convince me to go places with them where I’d feel uncomfortable going with any other author, even an old “friend” (meaning an author I’ve read for years). Some of the most controversial books are also those most loved by some readers, because an author was able to push the reader beyond her comfort zone. But trust has to be earned, and if readers are shown a limited range of things over and over and over, they’re not being conditioned to push past what the genre routinely offers them.

But the reader’s consent depends upon the text itself and the reader doesn’t always know if she’s going to give up that consent, that willingness to forgive an a character’s behavior or be convinced of a character’s genuine repentance or just be convinced the relationship will last beyond the last page of a book.

When readers express their dismay over a particular storyline, so often they are saying this didn’t work for me and couching it in terms like “I hate secret baby tropes” when they really mean they hate secret baby tropes as executed by that author in that story. Or they are saying the author didn’t convince her of the rightness of this situation. The ability to pinpoint and then articulate exactly what didn’t work is really difficult. I have a hard time doing it and I’ve been writing reviews for the blog for years.

The very first review I did for Dear Author was of Eloisa James “The Taming of the Duke“. In this book, the hero pretends to be someone else and the heroine falls in love with who the hero is pretending to be. I did NOT believe in the love relationship between the hero as his true self and the heroine because the hero pretended to be SOMEONE ELSE for the majority of the book. James never, ever gained my consent for the love relationship between the hero and the heroine. James tried to argue that she left all kinds of clues but I didn’t buy it and I resented her attempts to tell me, the reader, that I was wrong in my interpretation of it.

We all have our hard limits and sometimes we don’t know that we have them until we encounter the storyline and some authors can talk us over them but it all comes down to whether the author gained our consent at all the pivotal moments.