CONVERSATION: Alaska is the New Texas

Recently a Berkley publicist sent me an email highlighting several books coming out in December 2021. I was struck by the number of books mentioned that were set in Alaska. Here are brief excerpts from their descriptions on Amazon: 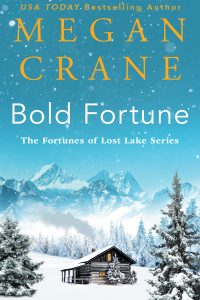 When Nate Porter left Helen, Alaska, to become a firefighter with the Forest Service, he claimed it was because he craved adventure. The truth was, he couldn’t stand to hang around, pining for a girl […]

Accomplished Los Angeles lawyer Marnie Anton has always been sensible, but when her friend Mia Westberg asks for help with a ridiculous matchmaking project, she can’t say no. The idea of transporting city girls into the small town of Paradise, Alaska, is so crazy […]

Violet Parrish is a thinker, not a doer, but desperate times call for extraordinary measures—like taking on the Alaskan wilderness. In January. Off the grid. With a mountain man hot enough to melt a glacier.

(I don’t know if I should give that last one points for not including Alaska in its series title; I spotted six instances of “Alaska” or “Alaskan” in the blurb.)

I must live under a rock because the Alaska trend hadn’t registered with me until I read that email. But when it did, I shot off this email to the DA loop:

“What is it with Alaska? Fully four of the nine books (44%!) they’re promoting to us take place in Alaska. Is this a new popular trope I’m unaware of?”

“I noticed that, too,” wrote Jayne, “It seems to be a growing trend over the past 2 years.”

“I’m not sure what’s with Alaska but there are definitely a lot of books set there lately. Have been for the past year or so,” Kaetrin said. 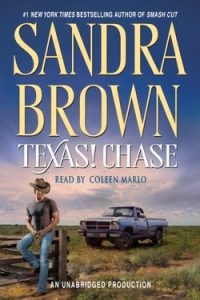 The trending of Alaska makes me think of Texas. From the 1980s until now, the romance industry has had a passion for Texas. Love, Cherish Me by Rebecca Brandewyne (“On her way to Texas to marry Gabriel North, she was captured by outlaws,”) was a hit in 1983; Texas! Chase by Sandra Brown and Heaven, Texas by Susan Elizabeth Phillip were Romancelandia darlings in 1991 and 1995, respectively; Lisa Kleypas’s series about the Travis family, set in Houston and a town named Welcome, Texas, was much beloved in 2007, 2008, and 2009. And Amazon tells me that Diana Palmer has published, from 1988 through June of this year, 52 books in a series called Long, Tall Texans.

The romance industry seems to be trading in the cowboy hats for ski hats and the pickup trucks for Bush planes, but the two settings have much in common: open land and severe landscapes, isolated ranches and isolated cabins, men who know how to survive in harsh conditions, all lend themselves to the tropes of soon-to-be lovers stuck together with only each other for company, and professional or pampered city women learning to rough it under the tutelage of blustering and sexy men. But above all, they have popularity.

As for Berkley’s new Alaska novels, there’s one blurb that until now, I haven’t shared:

Once Upon a Cabin by Patience Griffin (Sweet Home, Alaska Book 2)

Two sisters from Texas find themselves exiled to Alaska . . . and thrown into the arms of two very different men.

Tori and McKenna St. James have been living comfortably on their trust funds in Dallas. But their uncle Monty, keeper of the purse strings, decides to push them out of their comfort zones by requiring them to spend one year in Alaska or lose their inheritance.

I rest my case: Alaska is the new Texas. 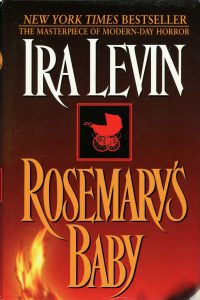 I must own that I was never a huge fan of Romancelandia’s version of Texas. As a vegan, I don’t go weak-kneed for cattlemen; dusty towns have never been my thing. And now, as far I’m concerned, a complete turnover in austere settings couldn’t come sooner. Because now What if that condom breaks! will be what’s in my head, and those of many other readers, when things get steamy between men and women in Texas; the unplanned pregnancy trope, when set there, has already begun to take on a whole new meaning.

I’m relieved that fans of the tropes I mentioned can be transported to Paradise, Alaska rather than Heaven, Texas. I prefer rugged outdoorsmen to rugged cowboys and though I enjoy reading about temperamental stallions, loyal huskies are okay. I’m not into the stereotype of incompetent-at-survival women either way, but who cares? Alaska is still romantic. Texas is a premier setting for horror novels now. Attention, Ira Levin! The Lone Star State is calling your name!

What about you, readers? Do you have any thoughts on the popularity of these settings? And will you view Texas romances differently now?

→ Janine
Previous article: REVIEW: With You Forever by Chloe Liese
Next Post: REVIEW: Death Can Be Habit-Forming by Sheri Cobb South