The Right to be Spoiler Free 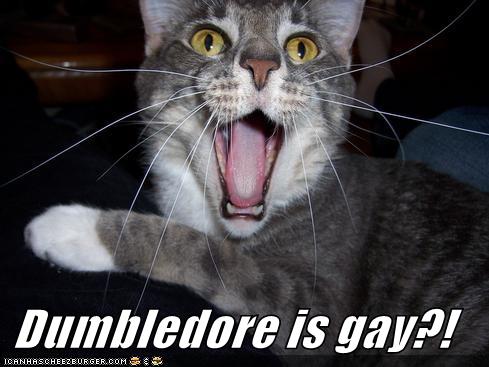 The actress who plays Arya Stark on HBO’s production of Game of Thrones believes that people have read the book and talk about the book in front of people who have not read the series but watch it on television are snobby individuals ruining the series for everyone else.

“I’m so sick of going on the internet and seeing all the book readers being snobby, spoiling it for other people, then saying, ‘Well, it’s not a spoiler. The books have been out for years,'” she told TVLine.

It’s true that the internet is a hotbed of spoilers. There are places that post the endings of movies like themoviespoiler.net. There are entire wikis devoted to the breakdown of popular books into their finest minutiae. (see e.g., Harry Potter, Game of Thrones, Marvel comics). Ms. Williams says that its mean of readers to spoil the series for non readers.

“Like, couldn’t you just stop being mad for a second and let other people enjoy the show? They feel they have a claim on the series because they read the books first, and I understand that, but they don’t need to be mean about it.”

I admit to having read the books and know what is coming. Spoiler: nothing good. And when Red Wedding, a scene involving shocking brutality and deaths, splashed onto the screen, I was this guy in this gif, smug in my knowledge that not only had I read the Red Wedding scene but I knew it wasn’t even the most horrible thing Martin had written in the series. Spoiler: It’s all horrible.

Williams’ statement about spoilers sets the perfect stage for this discussion because it sets forth three of the conflicts that exist in spoilers v. non spoilers. Does someone who has superior knowledge gained through early consumption of a media work have the responsibility to refrain from discussing something with individuals who may or may not have lesser knowledge? Whose right to use the internet is greater? What are the motivations for publicly sharing information that could be deemed a spoiler?

Who’s right to the public space is greater?

Williams argues that she should be able to go on to the internet and participate on her favorite sites without being subject to spoilers. Facebook, Twitter, Instagram, Goodreads are all venues that are open to the public.  All three contain spoilers for books and movies that are nonchalantly and intentionally thrown out at any time of the day. Sometimes there are random comments on message board forums. Sometimes there is a status update on Goodreads. Sometimes it’s an offhanded tweet and sometimes its an intentional Facebook update designed to specifically impart information. (And this is not counting the sites that are devoted to giving spoilers).

Does the right not to be spoiled in a public space supercede the right of the other person to have a discourse about media that they’ve consumed? Because it is a public space and as Williams’ words suggest, she is taking an active part in going on the internet, a public medium. Should the person who hasn’t seen the movie or read the books simply stay off the internet to preserve their ignorance so that the media consumption is pure?

In the above youtube video, a man tries to avoid every mention of the World Cup Soccer match from the moment he leaves his office to the time that he arrives home. He’s taped it, he informs those around him, and doesn’t want to be spoiled. He covers his ears, shades his eyes, rolls up his car window. When he arrives home, he believes he’s safe, only to have his daughter run out of the living room declaring the outcome of the match. (I won’t spoil it any more for you ;) )

To some extent, if you want to remain spoil free, you almost can’t enter the internet’s public space because there are millions of people who have consumed the book and even if you try to remain spoil free by doing everything humanly possible, it’s easy for the spoiler to leak through. For those who haven’t read the book or watched the movie or television show, once the spoiler is read or heard, it cannot be undone and thus the consumption experience may be adversely affected.

How long should the public space remain spoiler free?

Assume that the right to be spoiler free takes precedence. A person could remain spoiler free if only those with knowledge would just keep it to themselves. But for how long?

Individuals on the West Coast often suffer spoilers on the internet from viewers on the East Coast who tweet or Facebook about something in real time. The Game of Thrones books have been out for years as have the Lord of the Rings and the Hobbit. Is saying something about Thorin’s fate a spoiler to those who haven’t read the book that has been out since 1937?  What about Little Women? If I say who Laurie, the hot rich boy next door, ends up with, is that a spoiler?

What’s the timing? Wait until the movie is made and then speak of it? It’s only okay to do a real time update if it is a simultaneous broadcast? How long after a book is released can we talk about what happened? I.e., in Joanna Bourne’s The Spymaster’s Lady, there is a big surprise that is revealed about half way in. The book was published in 2008. Or how about Pia’s secret in Dragon Bound by Thea Harrison? That book was published in 2011.

If you say never, why is the right never to be spoiled for some person trump the right of others to share the information?

What is a spoiler? And what is the motivation?

In this review by Eagle of Colleen Hoover’s book Maybe Someday she mentions that the hero Ridge has a disability. This is information included in the first 15 % of the book. Many of the fangirl reactions to the review indicate that they believe it’s an inexcusable reveal of a spoiler and some infer that it must be because the reviewer hated the author.

Ms. Williams also suggests that there is meanspiritedness behind spoiling. For me, I actively seek out spoiler reviews for particular books so that I know if a character dies or if there is a cliffhanger. When I read paperbacks, I flicked to the back. Often. Most of the time. I know for many readers, they have triggers whether it is rape, abuse, violence, and we try to point those out here in reviews. It’s hard to know where the line should be drawn for spoilers.

On the blog, we have the spoiler button but I’ve heard from others, and not in a derogatory manner, that our reviews contain too many spoilers. They are information filled and maybe are best read after a book is released rather than before. (Although I write my reviews based on what information I would want to know as a reader going into a purchase).

Spoilers can often get me to read a book as well. But I try to be cognizant that there are others who like to experience everything on their own. It’s just how to balance their right to have a pure experience between my right to talk about it.

What are your answers to these questions? How do we balance the right to speak publicly about our entertainment consumption and the right to be spoiler free?