To All the Boys I’ve Loved Before by Jenny Han, narrated by Laura Knight Keating

Recently I finished listening to the audiobook of To All the Boys I’ve Loved Before by Jenny Han. This was the version narrated by Laura Knight Keating and is not to be confused with another version which has a different narrator. 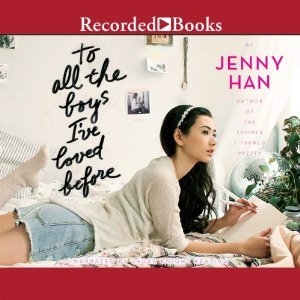 The book is a charming YA romantic comedy; I highly recommend it. It was made into a Netflix original movie and I saw the movie first, but even so I really enjoyed the book. The movie is pretty faithful to the book but the book has a couple of sequels, while the movie is self-contained.

The story is about sixteen-year-old Lara Jean Song Covey, the half-Korean, half-white middle child among three girls whose mom passed away some years earlier. Their dad is a doctor and Margot, the oldest sister, has to a certain extent taken over the mother’s role. Now Margot is going to college in Scotland, and before she does she breaks up with her boyfriend, Josh, who is also Lara Jean’s best friend.

The trouble is, Lara Jean was in love with Josh long before he and Margot started dating, she just never did anything about it. And now she realizes she still has feelings for him.

Lara Jean has an old-fashioned hatbox that her mom gave her for saving special things in, and in the hatbox are five unsent love letters. Each time Lara Jean has fallen in love, she’s written a letter into which she’s poured all her feelings to get them out of her system. She’s never sent any of the letters, so none of the five boys know that she was ever in love with them.

But one day Lara Jean’s hatbox goes missing—her dad thinks he took it to Goodwill—and the letters get mailed. Lara Jean learns this from Peter Kavinsky, a popular, good-looking boy she was once in love with. Nothing but a kiss ever came of it at the time, because Peter dated a friend of Lara Jean’s, Genevieve. Lara Jean’s friendship with Genevieve ended years ago, and Peter and Gen have recently broken up. When Lara Jean learns that Peter got her letter, she is mortified at first, not just about Peter, but also about Josh, to whom she realizes a letter must have also been mailed.

That’s when Peter comes up with what seems like a great idea—that he and Lara Jean should fake date. That way, Lara Jean will able to save face in front of Josh and stave off awkward questions from him, while Peter will make Genevieve jealous.

This book was just adorable. I loved Lara Jean, her dad, and especially her younger sister Kitty (one funny, mischievous girl). Peter and Josh were also appealing. Additionally, we also learn a bit about the other three boys Lara Jean wrote letters to. And of course, there’s Margot, who will eventually come home for Christmas break and who must never learn that her sister was ever in love with her boyfriend.

The book is humorous and absorbing. I love the way Peter and Lara Jean get closer without really figuring out how the other person feels. The fake dating trope is *not* a favorite of mine, but I thought it worked so much better in a high school context than it does with grown-up characters.

I also loved the concept of the letters (although it seems odd that they would be addressed) getting sent by mistake. The letters themselves–funny, awkward, and touching–reveal Lara Jean’s vulnerability and her yearning for boys she’s drawn to but fears to pursue, as well as telling us a lot about each boy. I can see why this book was developed into a movie — it has strong plotting, pacing and characterization.

Laura Knight Keating’s narration took me some getting used to. At first it bugged me a bit because it highlighted the dramatic teenage emotions in the book. Eventually I got used to it, though, and by the end I couldn’t imagine another narrator as Lara Jean. I am now listening to the sequel, P.S. I Still Love You. As for this audiobook of To All the Boys I’ve Loved Before, I give it a B+/A-.

I don’t read a lot of m/m, but I love fairy-tale retellings and the concept of one set in the English countryside during the World War II blitz was different enough that I read a sample. I loved the author’s way with fairy-tale-style narration, so I ordered the entire novella. 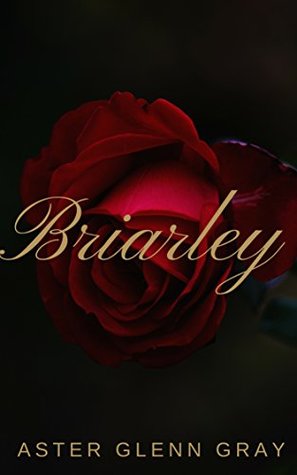 At first the dragon won’t release the parson–the hundredth anniversary of the curse that turned him into a dragon is coming up, and if he isn’t loved by then, not only he but also his invisible servants will die. Eventually, though, the parson decides to help the dragon, and from there things start to take a romantic turn.

I’m no expert on World War II England but there were some historical details I really enjoyed. Rationing! Curfews! Air raids!

The romance is slow burn; a little too slow for me—I didn’t get the sense that either hero was attracted to the other until close to halfway through. Initially, I wasn’t sure what to make of a dragon inserted into Beauty and the Beast, either, since all the other fantasy elements in the story were truer to B&B, but I got used to it. The dragon a bit too grumpy for my liking, but he too grew on me. The parson was absolutely lovely and there was also an adorable crippled dog, Daisy.

The author has a gift for the language of fairy tales. You can almost hear the voice of a storyteller sitting by the fireside and feel the warmth of the flames as you read her words. To give an example of what I mean, the novella begins this way:

There once was a country parson with a game leg from the Somme, who lived in a honey-colored parsonage with his daughter, the most beautiful girl in the world.

Others might have quibbled that Rose was not the most beautiful girl in the world, or even the prettiest girl in the village of Lesser Innsley. But to the parson she was all loveliness, all the more so because his wife died when their Rose was still very young, and so Rose was all he had left to love in this world.

Anyway, although it was a little slow-paced, I liked this novella and will keep an eye out for the author’s next book. B.

This novel was recently named as a finalist for the prestigious Nebula award, given by the Science Fiction Writers of America. This just goes to show how differently different people can feel about the same book, because I could not finish The Calculating Stars. 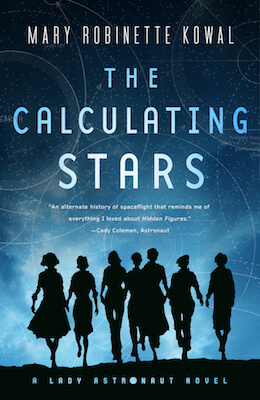 The beginning of the book is promising enough. The novel is set in an alternate version of the 1950s. The narrator, Elma York, a mathematician, and her husband Nathaniel, an engineer, are vacationing in a remote cabin in Pennsylvania when a giant meteorite hits Washington DC, eradicating the city and destroying most of the eastern seaboard. By sheer luck Elma manage to survive and fly (they own a private plane) to Kansas. There, they continue their work for NACA (a NASA-like agency). They are also taken in by a black family.

The novel doesn’t shy away from issues like prejudice and racism for the most part, but I was surprised that a Jewish man like Nathaniel would, in the early 1950s, be the spokesman and face of NACA and later the International Aerospace Coalition. There were times when the level of social acceptance he and Elma were accorded felt a little fortuitous; for example, Elma’s father was a general, Elma hobnobbed with a senator’s wife.

There’s a lot of focus on the death of loved ones, the perils of being a refugee, and ultimately, since it quickly becomes apparent that in a matter of years, the earth will become uninhabitable, the need for humanity to colonize Mars and to send women into space as part of that effort.

The Calculating Stars has been billed as an SF take on Hidden Figures. Unfortunately, I did not enjoy it even half as much as I did Hidden Figures. My husband, who tried to read the book with me, is an engineer and he took issue with some of the science behind it—it seemed highly unlikely to him that a strike from a meteor of that size wouldn’t make the earth uninhabitable or extinct the human race immediately upon impact, or that a plan to colonize the moon by 1960 would be feasible.

My problems with the book were different. Objectively, it was not terrible, but I found it thoroughly unengaging, something a book that begins with a huge meteor striking Washington, DC should not be. Despite going through all the appropriate emotions upon the death of her parents and her new life as a refugee, Elma reads as curiously detached (by which I don’t mean numb). That may be due in part to the clipped sentences.

The other issue I had was that I was not particularly interested in anything about Erma’s life—not even her marriage to her hot husband. The one sex scene I read had cringe-worthy dialogue and metaphors, too.

His fingers found the bright bundle of delight between my legs and … sparked my ignition sequence. Everything else could wait.

As you can see, this just wasn’t the book for me. DNF.