Not long ago I blogged about the first three books in Amy Green’s Shifter Falls series. This is the long-awaited fourth book, and I liked it better than the other three. The plot centers on Brody, the Alpha of the Donovan brothers’ pack, and Alison, a waitress at the local diner who (as everyone but Brody seems to know) has been in love with him for years. 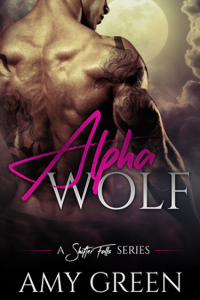 Early in the story, Brody realizes Alison is aware that he struggles with reading and she is covering for him. At first he is a little angry to have this secret out, but soon he realizes she will keep it to herself and therefore he can now hire her to assist him.

Working together in close proximity makes Brody aware that Alison is his mate, but due to an ugly secret he carries, he does not feel deserving of her. One day, he reveals the secret, half-hoping to push her away, and half-fearing that he will succeed.

Meanwhile, the mayor of a nearby town is running for re-election and seems to view stoking fear of shifters in the human population as his ticket to success. When a man who knows Brody’s secret threatens to reveal everything to the mayor, Brody and Alison are faced with a challenge to the pack’s safety, and to their relationship.

The books in this series are all pretty short and at 157 pages, this one is the shortest. But the brevity worked to its advantage. Most of the annoying aspects of the world building I detailed in my post on the previous books are still there, but for the most part, they aren’t dwelled on. Instead the author focuses on the romance and on the suspense plot. The latter is also more compelling than the suspense plots in the other three books, because Brody is at the center of it, rather than a villain.

Werewolf biology still requires suspension of disbelief; werewolves never get sick and heal quickly from everything but silver. As well, only males can be werewolves, and so their female offspring are human (cue eye roll). Additionally, Brody’s thoughts described him as at war with his wolf and this conflict never got a satisfying resolution.

However, I really loved Alison’s quiet, steadfast love for him and the way she stepped up when she needed to. I also loved Brody’s determination to come home to her when they were separated late in the book. The resolution to the suspense conflict was fresh if a little bit rushed. This one gets a B-.

This contest-winning, song-inspired short story feels fresh on more than one level. Written entirely in second person (“It takes you three weeks to work up the nerve,” is the killer opening line) and steeped in details that make it lifelike, from cow-shaped salt and pepper shakers to bright red toenail polish, it’s a story in which the narrator confronts the other woman, the one with whom her husband cheated.

There’s more here than surface appearances suggest, though, including a twist that I won’t spoil because I loved the way it took me by surprise. Snyder’s small town isn’t your typical idealized small town, either. Can the heroine find her way back to her love, even after the cheating? You’ll have to read it to find out. I wished that Jesse’s Girl were longer, so that I could know the main characters better, but I loved it. A-. 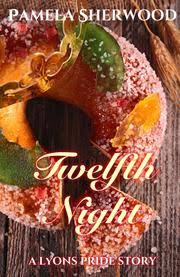 This is an extended epilogue for Devices & Desires, which I reviewed last year. Even though I loved Devices & Desires, I feel that Twelfth Night is mostly superfluous. It deals with tying up minor loose ends, such as a resolution to the hurt feelings and ruffled feathers between protagonists Gervase and Margaret’s siblings, what kind of engagement ring Gervase will present Margaret with and what she’ll think of it, and a minor romance between their servants. Gervase’s parents’ relationship is also referenced in the background.

It’s been long enough since I read Devices & Desires that I didn’t remember the servants from that book. We see very little of them here, and that little through their employers’ POVs, so it is hard to feel invested in their courtship. Additionally, I still hadn’t forgiven Gervase’s father for his actions in Devices & Desires and didn’t care about his happiness, so I found myself mentally checking out at the 82% mark after the engagement ring question was settled. Sherwood has a clear, elegant prose style I appreciate, but I wouldn’t recommend this novella to any but the most diehard fans of Devices & Desires, at best. DNF.

I also saw a couple of movies in the theater this summer which are out on DVD now.

The Big Sick stars Kumail Nanjiani, Zoe Kazan, Holly Hunter, Ray Romano and Anupam Kher, all of whom do an excellent job. There are important criticisms to make of its take on dating while brown, but I don’t feel qualified to make them. Still, it’s got good acting, funny dialogue, heart, and even something to say about the value of honesty. I enjoyed it a lot, though the cinematography could have been better. B+. 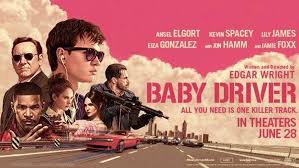 Baby Driver, starring Ansel Elgort, Lily James, Jon Hamm, Jamie Foxx, Eiza Gonzalez, and Kevin Spacey wasn’t all that effective. Baby’s (Ansel Elgort, the movie’s hero) romantic relationship with Deborah (Lily James), which motivates him to a great degree, felt flimsy and really needed more development so that I could buy into all he sacrifices for it. Jamie Foxx, a terrific actor, isn’t given nearly enough to do here. Late in the movie, Doc (Kevin Spacey’s smarmy crime boss character) does an about-face that is important to the plot but which I found completely unconvincing. Finally, the last scene felt tacked on, like it was there to satisfy audiences rather than because it made sense. The movie was stylish and had plenty of fast-paced action, but for me that wasn’t enough. C.

→ Janine
Previous article: REVIEW: Where After Is by Ashleigh Schmidt
Next Post: REVIEW: A Vicarage Christmas by Kate Hewitt