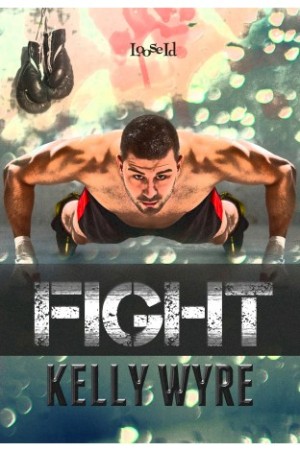 To Nathan Hunt, honesty is anything but the best policy. Telling the truth has gotten him nothing but heartache and pain; so lying about who he is and what he wants seems to be the only path to job security and friends. Hell, it even brings him a hollow kind of happiness.

Except, that’s not much of a life for any man. Especially one with Nathan’s passions. Desperate to cure his self-made misery, Nathan agrees to go along with a con that will score cash for Nathan to start over. There’s just one problem: lying is getting harder by the day. And a con who can’t lie, is a con who gets caught.

Nathan’s attempts to distract himself from his moral quandary lead him to a mysterious, intoxicating man named Fury. The Mixed Martial Arts fighter knows a thing or two about lies and pasts better left buried. He and Nathan have something else in common – they both want to be with someone who lets them be themselves.

Together, they undertake a journey that proves honesty is more dangerous and more difficult than either of them could have imagined. And as they combat addiction, thugs, guns, and their own inner demons, Nathan and Fury can only hope that their battle to be together will be worth the bitter fight.

Debating the grading of your book made me think once again about the emotional component in the reviews and how far I am willing to go in allowing the emotional component to be part of the grade. To the extent I feel qualified to say, I thought your book was very well written, and the main characters had great chemistry (and to me the great chemistry between the leads is always an important reason to consider romance book a success).

At the same time, spending time with your leads exhausted me so very much that I am absolutely sure that I will not reread this book. I also found Nathan’s character arc problematic to certain extent – he definitely grows and changes through the story, but the reason for such change was well, a little problematic for me. That is the reason I was unable to grade this book higher.

Nathan is engaged to the daughter of the man who leads the corporation and his job involves doing some business stuff which I did not quite understand. They connect companies who need promotional stuff with vendors who can supply those. What this corporation does specifically is honestly not important at all for the plot and not mentioned in more details than that, except that Nathan’s boss and father of his fiancé Greg is a religious man who supposedly against gay marriage and supposedly he personally fired Nathan’s predecessor for being gay. It is also clear that Greg loves Nathan very much as his future son-in-law and really respects his contributions to business. Nathan is engaged to the boss’s daughter, Laura, but in his free time he is quite self-destructive: he fucks people in clubs, does drugs, and drinks (it is pretty clear that he is a drug addict, I also thought he was an alcoholic, but I thought that was a little less clear). Nathan knows he is gay and seems to really hate himself for being gay. And the depth of his self-hatred frankly tired me out.

“He had no defense. Sometimes the urge to escape beat him down so hard that there was no other option but to curl into the fetal position and promise anything if only it would stop tearing open his insides.
He hated himself for giving in, but he hated the hatred too. Being crazy felt like the real Nathan. The Nathan who went to work Monday through Friday, sat in his office, took meetings, went to the gym with his friends, and waded through the bullshit of the mundane – this guy was a pussy. That guy was an illusion built on habit and practice, and he was getting more indistinct by the day.
The Nathan curled up between a stall wall and a toilet in some club while high and recently fucked by a kid who might or might have not been legal? Now that guy was obviously the better man. Nothing said upstanding, righteous citizen like emotional repression, illegal drugs, and meaningless sex”.

It is ironic that I recently reviewed a book where I was reminiscing about the fact that I am usually very sympathetic to closeted characters, but here it was just personally too much for me. I did not hate Nathan by all means, even though I was kind of nervously waiting to learn the details of his relationship with Laura. I was worried that besides being tired out by him, I would start disliking him a lot for lying to Laura.

Alas. Here came my biggest surprise in the book. SPOILERS

Laura is a lesbian and she came up with a scheme for her and Nathan to get engaged, get married, get dowry from her dad, split it, and then get divorced. Then she was going to try and get together with the woman she met in Italy when she was in the navy.
So, needless to say that there is no cheating in the book and despite that crazy con (that’s what the blurb refers to) I did not dislike either Laura or Nathan for that. I mean, I thought they were not thinking clearly and I certainly did not consider this scheme a good decision or anything like that, but neither of them was portrayed as bad people. I cannot say I quite understood their desire to do it though, besides trying to stay in the closet and I thought they could just continue doing that. The money thing just confused me all together – the motivation for it I mean.

Nathan meets Fury (what a name, especially since it is one of his real names) early in the story. They are attracted to each other and I guess Nathan’s resistance to Fury does not last too long. Soon enough they find out that even though the exact circumstances of their lives are different, they are similar in many ways – both hide who they truly are (although Fury not as much as Nathan does), both have the bad pasts and the things from their pasts that they need to overcome and that they keep dealing with in unhealthy (albeit different) ways.

Fury exhausted me just as much as Nathan did; I mean in some ways he honestly tried to deal with his past and even did some kind of therapy. As the blurb says, he is an MMA fighter, and at first I thought that at least the part of his fighting was some kind of wrestling equivalent but then I decided that it looked too bloody for that so I was not sure. What exhausted me about Fury was that while one part of him was trying to deal with his past, another part was continued to show self- destructive tendencies and while I kind of understood his reasons (same as with Nathan), I wanted to shake him and say enough already.

But of course there comes a time in the story where both Nathan and Fury have no choice but fully deal with their problems – I liked it a lot on one hand, on another I felt that the only reason they change is because they met each other. And the story says all the right things – Nathan tells Fury that he is not his only reason for change – because of course if there is a person who loves you and supports you, of course it is at least partially your reason and why not — that he needs to deal with his shit, etc. However, however I guess I did not feel that the book showed me that Nathan *had* other reason for change, that he also started to work on being sober for himself, not just for Fury. I hope my interpretation was wrong and I hope the boys changed their lives because they realized that they want it for themselves and if they ever split up, Nathan will still want to stay sober and Fury would not come back to whatever he were doing.

The biggest surprise of the book was for me Greg, Laura’s father. I thought Laura was a wonderful character – very flawed but sympathetic, but I thought Greg was the most subtly written secondary character.