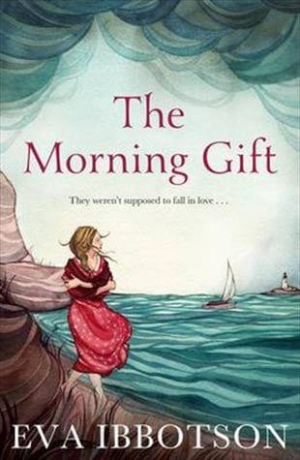 Twenty-year-old Ruth Berger is desperate. The daughter of a Jewish-Austrian professor, she was supposed to have escaped Vienna before the Nazis marched into the city. Yet the plan went completely wrong, and while her family and fiancé are waiting for her in safety, Ruth is stuck in Vienna with no way to escape. Then she encounters her father’s younger college professor, the dashing British paleontologist Quin Sommerville.

Together, they strike a bargain: a marriage of convenience, to be annulled as soon as they return to safety. But dissolving the marriage proves to be more difficult than either of them thought—not the least because of the undeniable attraction Quin and Ruth share. To make matters worse, Ruth is enrolled in Quin’s university, in his very classes. Can their secret survive, or will circumstances destroy their love?

I put a hold on this from the library for some reason – someone recommended it maybe? Anyway, by the time the library hold came in, I’d forgotten what spurred it. From the blurb, I was expecting a daring adventure/rescue story (I’m a sucker for a rescue trope) but that’s not really what this book is. From the cover and the font (and indeed, the publisher) I thought it might be YA or a children’s story (Macmillan Children’s Books is a clue IMO). But it’s not YA or children’s either – at least, the protagonists are too old for the story to be YA and it contains quite a few adult concepts so I wouldn’t give the book to a child, even though the sex is fade to black and not frequent (at all, there’s hardly any in it). So it took me a while to work out what the story was and to settle into it. While it does touch upon some very serious issues indeed (the lead up to WWII and the horror of the Holocaust), it only touches on them lightly. Ruth is out of Austria and out of danger very quickly and none of the things I thought might happen in relation to that part of the story ever eventuated. No, it’s actually more in the nature of a light-hearted farce.

Ruth is one of those people who, if rendered in cartoon, would have bluebirds of happiness spiralling around her head in full song. She’s extremely clever and also pretty but she has a magic about her when it comes to people. (I was describing it to my son when we took the book back to the library and he thought, based on her character alone, the book was better described as “fantasy” so there’s that.) Ruth is the kind of person who can be in a place for an hour and know that Mildred’s aunt Gertrude is poorly, Annie wants to study nursing and Uncle Charlie has a prize collection of snuffboxes and is on the hunt for a rare one at auction next week. (None of that is in the story, I made it up). She talks incessantly and her chatter is both intelligent and horribly naive. At one point, she asks another character if she talked too much and if the other lady wanted her to stop talking. she says; “It’s hard but if I concentrate I can do it.” One of my Twitter friends said she read as a 14 year old and in some ways that felt right to me. But in others, she was just a fairly sheltered young woman. Sheltered in the sense that up until the Nazis came, her life was happy and secure and she had not really known want or fear. She’s not sheltered in the sense of lacking knowledge. She knew about the birds and the bees from age 6 when she read about it in one of the many many books she virtually inhaled.

Quin Somerville is a 30 year old professor who had a long time association with Ruth’s father. When he arrives in Austria to collect an honorary doctorate arranged by Professor Berger (Ruth’s father), he finds that through a mix-up, Ruth has been left in Vienna and the rest of her family are in England. The only way to get Ruth out quickly is via a marriage of convenience (I love marriages of convenience!). On arrival in England, Ruth and Quin resolve to obtain an annulment as soon as possible but they are advised by his lawyer to wait until Ruth has gained British naturalisation, else an annulment may put her ability to remain in England at risk. They ought not to have anything to do with one another however, so as to preserve the status quo and make the annulment, when it eventually occurs, a little easier. That said, the lawyer does not expect it will be easy without a medical examination of Ruth (something Quin does not wish to impose upon her). A divorce is a possibility but they cannot even apply for three years and even then, it will not be difficult to obtain. Quin and Ruth keep their marriage a secret because reasons (which make sense enough) and only the lawyer knows the true state of affairs between them. Ruth only tells her parents that a mysterious benefactor helped her get to England and, while her parents have their suspicions, they are content not to pry.

At the time all of this is taking place, Ruth believes herself in love with Heini, a second cousin once removed and a musical prodigy. He is a selfish pain in the arse if you ask me but it takes Ruth a very VERY long time for her to see any of that and even when she does, she forgives him for much of it because of his great talent. (*gag*).

Ruth had been offered a place at University to complete her Honours degree in Zoology so as to follow in her father’s footsteps and because reasons, ends up at the same university where Quin teaches palaeontology. Even though Ruth tries to stay out of his way, they do bump into one another and have various interactions and it gradually becomes clear that Quin has fallen head over ears for her. When Ruth finally catches up (she is very slow with this and it literally takes some physical manifestation of love before she sees it at all), things are looking up.

Then there’s a Big Misunderstanding and it all turns to custard up until the last few pages. The Big Mis is my least favourite trope in romance. When something is important, when something means a lot, why not go and ask “I heard this and I thought it meant that. Am I right or did I misunderstand?” Or “what did you mean by this because I thought you might mean that and I wanted to check before I acted upon a wrong assumption.” But neither of them do that and so for months (which, fortunately, takes up less page time than it could) they are apart when they could have been together and that made me STABBY.

While I could understand the reasons for their Big Mis, I still thought it not unreasonable for one of them to ask a freaking question already instead of making assumptions. Grrrr.

Anyway, because I hate Big Mis’s and because if I haven’t read it, it hasn’t happened yet, I skimmed all the angst and frustration until they sorted it out.

What else? Once I settled into the story and realised it read like an old fashioned rom com, where the hero is a long suffering guy who is hopelessly in love with the heroine who gets into all sorts of scrapes with the very best of intentions, I was really enjoying the story. Then the Big Mis happened and much of the goodwill which had been built up was lost.

It is a grown up book but it is not explicit and there is not a huge amount of interaction between the two protagonists. I prefer my romances to have more time with the protagonists together but I was able to go along with it here for the most part. It wasn’t the angsty read I had been expecting but I did enjoy it – for part of it I even had a lot of fun. But the final section left a bit of a sour taste in my mouth.

I did appreciate the epilogue which briefly drops in on the main cast after the end of WWII. With the main story finishing just as the war had been declared, this was kind of necessary to ensure the HEA stuck.