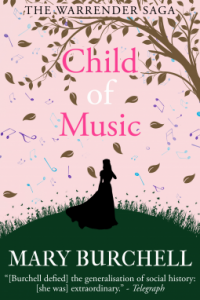 Felicity Grainger had not liked Stephen Tarkman of the Tarkman Musical Foundation when she had once sat next to him at a dinner party. He had the air, she felt, of a man who wields power and enjoys the fact and she had rather made plain her dislike. Then she found she must go to Stephen and try to persuade him to accept one of her pupils for the Foundation.

Jayne: Felicity is a teacher but perish the thought that “those who can’t do …” She has found her calling and her delight in not only teaching but “opening windows onto new horizons” for all her pupils.

Janet, a (young) violinist, is a prodigy of whom teachers dream. Other teachers at the school find Janet dreamy and uninterested in their subjects but with music, Janet is focused and possessed of talents beyond her years.

Too bad that Felicity thinks Janet’s chances for a professional career would be immensely enhanced by gaining a position at a renowned musical teaching school. And doubly so as Felicity once met the director and memorably clashed with him. Felicity found him arrogant and brusque and when his opinion on a new musician turned out to be correct while her passionate defense was wrong … well, she’s carried something of a chip on her shoulder about Stephen Tarkman ever since. If she wants Janet to have a chance though, she’ll have to squelch her own feelings in the interest of her star pupil.

Felicity is forceful when it comes to supporting her pupils – something that is noted – and has the ovaries to own her opinion was faulty on the musician she and Stephen clashed about … something that impresses him.

Sunita: In Felicity, Burchell gives us a terrific portrayal of a dedicated, unselfish teacher without making her cloying or too good to be true. Felicity recognizes Janet’s genius and does everything she can to develop it, without forgetting that Janet is also a little girl.

Jayne: Good point. Janet is so talented that it’s easy to forget that she’s so young. Burchell trots out a tried but true Evil Other Woman – also seen in books 2 & 4 – to create more conflict. Julia is determined to sink her claws into Stephen and woe to anyone she feels standing in her way.

Sunita: This character is almost over the top. She’s believable, but she’s so one-dimensional that she clashes with the more rounded people we meet.

Jayne: Burchell has done characters like this better in other books. She also inserts a not too subtle opinion on 1960s music as “ugly, puerile and insidiously damaging.”

Sunita: Yes, this is one of the aspects that dates the book, and it’s a bit jarring because Burchell isn’t usually as judgmental about “modern” culture as some of her peer authors were (Betty Neels, I love you, but you were a serial offender on this). It does give you a sense of how jarring rock and pop were to many of the older generations in the 1960s.

Jayne: I can’t remember her personal opinion intruding like this before. I loved the friendly relationship between Felicity and her flat mate Mary who champions Felicity and decries Julia.

Jayne: Stephen grows on Felicity and her opinion subtly shifts from arrogant arse to “stimulating.” But honestly at times I wanted to shake Stephen in this book.

Sunita: Stephen may have grown on Felicity but I never really warmed up to him. He’s not one of Burchell’s more effective or appealing heroes. He stays so dense for so long (although he does recognize and appreciate Janet’s talent) that I more or less gave up on him.

Jayne: “Dense” is putting it mildly. As it’s a Warrender book, both Oscar and Anthea make appearances but this time much of the emphasis is on Anthea who we learn has “arrived” in the musical world and is now a sought after prima donna who an make waves when she wants. And it is from her that Felicity gains some insight into the poisonous relationship between Janet and her scheming aunt Julia. After what Anthea says, I don’t feel so bad about what the hero of “Under the Stars of Paris,” Georges Florian, did to the soprano Peroni in that book.

Sunita: The Warrender sections are my favorite parts of this book, especially watching Anthea develop as a singer. She’s still learning and her confidence is not quite there, as exemplified by Peroni’s ability to undermine it, and we see a loving-husband side of Oscar that we usually have to take as given. Of course, it’s also about her artistry, but somehow I don’t think Warrender would be as solicitous to someone he didn’t love so deeply.

Jayne: With so much external conflict and plot setbacks for our heroines – Felicity and Janet – Burchell gives us a magnificent scene of Oscar Warrender being appropriately impressed by Janet’s ability. It’s sweet vindication all around and one for Team Janet. Felicity, true to her teacher calling, is obviously pleased to be proven correct but most importantly, she is transported that Janet will have her chance and that she had a small part in nurturing Janet’s talent as well as the guts to keep trying to get that talent recognized.

The exchange between Janet and Warrender is so telling as he speaks to her as a fellow music-maker – serve the music with heart and soul as well as body and brain.

Sunita: Oh, that scene! It communicates so beautifully that when two artists are engaged in creating their art, their ages, backgrounds, and everything else seem to fall away. Oscar is wonderful with Janet, somehow seeing that she is both a child and a supremely gifted artist and taking both into account.

Jayne: With Warrender on her side, I think Janet is off to the best start she can get. Burchell has engineered an escalating clash between Stephen and Felicity about Janet’s talent and her relationship with her aunt Julia. The final triumphant revelation remains and it arrives in what I must say is a fairly dramatic denouement for Burchell. All Sturm und Drang- y.

Stephen gets almost embarrassingly self abasing but Felicity handles his heartfelt declarations with tact and love.

Sunita: I think fans of the grovel will find this to be a most satisfying example. I don’t really like them, so Stephen wasn’t redeemed much for me. I still think Felicity could do better, but if Stephen is what she wants, then I’m glad she got him and that he looks to be shaping up somewhat.

I remembered very little of this story from my earlier reads, and the romance isn’t one of my favorites, but I liked Felicity and I loved Janet and the extended peek into the Warrenders’ lives. Grade: B+

Jayne: LOL about Felicity getting Stephen. Maybe without the Evil Other Woman around, Felicity can whip him into shape now. For me this one is another B grade. You’re right in that the romance wasn’t quite as good but Felicity makes the book worth it.