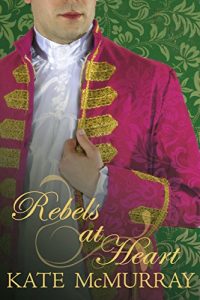 Charles Foxworth is among New York City’s most fashionable men, though he is only pretending to be a dashing British aristocrat. Still, he is content with his role and has little interest in the war. His companion, Isaac Ward, has more invested in the coming conflict; Isaac was born a slave, and though he is now free, that freedom could be guaranteed if he chose to pick up arms. Then war arrives on the shores of the city and Charles’s idyll is over. He quickly realizes that the war could take from him the very thing he holds most dear: Isaac.

When I saw this cover and thought “hmmmm,” I wasn’t aware that it had first been published in the For Love & Liberty: Untold love stories of the American Revolution

Anthology that isn’t available digitally now. However this yummy coat and the blurb made me decide to try it.

This is a short story rather than a novella and the action kicks off immediately. Charles Foxworth – he of the luscious pink coat – lives with his valet Isaac Ward in NYC just when the American Revolution is getting started. Years earlier, Charles moved to the city and took the opportunity to reinvent himself as a man of leisure and culture. Honestly I wasn’t sure what he actually did beyond amuse himself by attending parties. He has “fending off women” down to a fine art and is known for his sartorial displays.

For the past year Isaac has been Charles’ valet and I got the impression that only Isaac has kept Charles from the worst of excesses in coats or striped stockings. When not dressing Charles or keeping the house tidy, Isaac amuses himself by going to a tavern frequented by those among whom he feels comfortable. Isaac is a free man of color. Though born a slave (white father/slave mother of mixed African/Native American heritage), he and his mother were freed at the death of Isaac’s father.

Now with the Revolution finally arriving in the city, both men contemplate what it might mean for them. And this makes them think more on what they want from their relationship.

I’ve never read a story that approaches the American Revolution from this angle. Usually characters are choosing sides based on political freedom or loyalty to Britain. Here Isaac and Charles worry about the arrival of troops, whether Isaac should enlist with the British who have promised freedom to Blacks who do so (though Isaac is already free, would this be respected by the Patriots should they win?), or if their sexual relationship should be revealed, would Isaac be hung for being a Molly. Kudos for using this period term.

Since I’m American, of course I was expecting Charles to end up being fired with patriotism to join the rebellion. That he was not took me a little by surprise but ultimately made sense. He and Isaac turn the situation over and look at it from their POV. Which side offers them the best chance of living their truth?

Their decision fits them and their situation. I see it actually working out for them but I would have enjoyed a bit more to the story and a more final and settled ending. Still, I enjoyed that they really thought about things, had some doubts, but chose each other. B-

→ Jayne
Previous article: REVIEW: The Right Sort of Man by Allison Montclair
Next Post: REVIEW: The Angel of the Crows by Katherine Addison