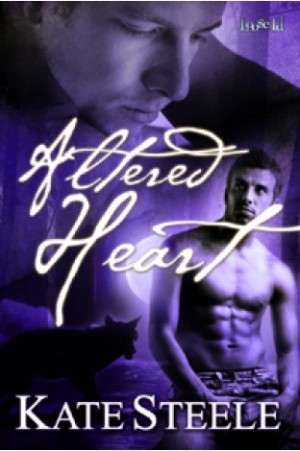 As a werewolf and an enforcer for the Committee for Supernatural Behavioral Enforcement, Mick Matranga has seen his share of lowlifes but Kevin Sutter, pack alpha, is one of the lowest. He has forcibly turned and taken prisoner a young human. Mick has been assigned to affect a rescue and bring Sutter to justice.

Dispatching the bad guy turns out to be the easy part of his assignment. Sutter’s prisoner, Rio Hardin, turns out to be a smart-mouthed, sassy brat with the face of an angel who takes Mick’s heart by storm. He’s also a runaway turned hustler who has suffered numerous abuses in the course of his tumultuous life.

Bound by his code of honor and determined that Rio be protected at all costs, Mick makes it his personal duty to see to it that no one hurts Rio again. If that includes ignoring the instinctual knowledge that Rio is his mate and Rio’s own desire to be with him, so be it.

There’s only one flaw in his plan. Rio is about to go through his first shift, a very painful process which can only be made tolerable by applying a certain amount of distraction–sexual distraction. Mick has two choices. He can leave Rio in the hands of his very capable brother or he can give in to the mutual heat and need between them and indoctrinate his young charge into the ways of the werewolf.

I remember enjoying shifter stories very much when I had just discovered m/m, and your book was one of the stories which I read when I was still a relative newbie. I still love well written werewolves stories although now I am pickier about what I want to see in those stories. I was rereading a lot of my old favorites and I was curious how your book would stand up. Overall, I enjoyed this book even though I could not help but shake my head about certain things here and there. It was an engaging read though, and I reread it in one sitting.

The blurb offers a very good summary of the plot. Mick is I suppose a supernatural policeman of the sorts. His organization (which name is self-explanatory) sent him to save Rio from the alpha werewolf who caught him and had been abusing him. Mick is attracted to Rio, but he doesn’t act on it because Rio has been badly abused and last thing he needs is another sexual relationship. Of course they will have a relationship by the time the book ends, and of course I wish Rio’s abuse and its aftermath were dealt with more thoroughly (this is a wish I often have while reading m/m books, but I digress).

However, because they are werewolves – Rio a newly turned one and Mick a born were — I was able to swallow it in this book. They heal faster and I guess the mate bond tramps everything else eventually. Now I really appreciated that they were not having sex the second they saw each other and the only (LONG) sex scene (they may be two scenes – I am not exactly sure if they should be considered separate scenes or not) starts when the book is 75% over. I appreciated an attempt to deal with abuse survivor in at least a somewhat believable matter for me (again, there is the issue of them being werewolves, which makes a lot of things different than they would be for a regular humans) and it is mentioned few times that Rio was involved in regular counselling sessions. I think I decided to take what I could get and be happy with it.

I also appreciated that the issue of them being mates is not thrown upon the reader right away. If the reader has read one or two werewolves stories before this one, I am sure it will be clear enough from the narrative even if Mick does not say it to us till late in the book. One of the things I am looking for in shifter stories these days (and this is a big reason why I am not reading too many of them) is a fresh twist of any kind on mating bond. “I am your mate, you are my mate hear me roar now” drives me up the wall. I like to find the books where bond and love can come independently from one another; or any variation on the tried and true theme, really. I was about to type that this book offers something of a twist on the theme, but then I realized that maybe it offered even more and that was something that I missed when I was reading the book the first time around. Mick for all intents and purposes seems to be a bisexual – his wife died and then his attraction to Rio comes four years later (that’s when the story takes place – four years after his wife’s death). So he never says that he loved his wife any less than he loves Rio, and from that I am concluding that either one can have several true mates or love and the mating bond can come up independently from one another and neither is diminished. I am extremely pleased that I am interpreting this a little differently from when I read it the first time.

I guess the biggest positive of this story for me was that the author was able to make me really like Mick and Rio. I liked that Rio was able to stand his ground towards Mick more than once, even if Mick had to rescue him from difficult situations. I liked that Mick, big and strong alpha as he was, never tried to go alphahole on Rio. I just liked them together a lot and the story flowed very well.

“Mick glanced back. Rio had halted his forward progress and stood with arms crossed over his chest. “What’s the problem?”
“I just spent four weeks with one werewolf psycho who took me home with him. I’m not volunteering for another round.”
“First of all, I’m not a psycho. I’m a duly appointed officer of CFSBE. You have heard of it, right?”
With a grudging shrug of his shoulders, Rio nodded.

“Then you should know that being an enforcer for the CFSBE is like being an FBI agent, a cop, or any other law enforcement officer you can think of.”

Unfortunately, if you ask me whether there is an evil woman in the story, I will have to tell you yes, and she is big time evil. Usually I can push down my annoyance if there are other, not- evil women being present, and I am happy to say that they are there too, but the evil woman is just so revolting that I cannot help but be a little annoyed.

→ Sirius
Previous article: Thursday News: Popular French blogger sued, authors hope to solve the Amazon-Hachette dispute, a bookmark that “reminds” readers to finish a book, and a case of real life amnesia
Next Post: REVIEW: Into the Shadows by Carolyn Crane