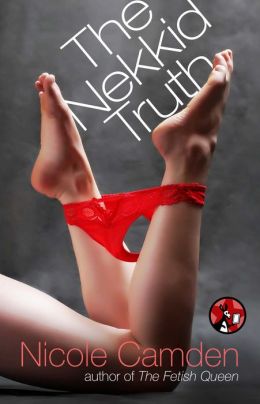 The story is narrated by Debbie Valley, a photographer who does crime scene photos on the side. She suffers from a disease called prosopagnosia, a type of face recognition amnesia, which resulted from brain trauma incurred during a car accident. She cannot recognize anyone’s face. Not her mother, her father or even a lover. It drove her slightly crazy when she first realized she had the problem but Debbie is the kind of person who is able to recognize the value of just being alive, particularly each time she take a crime scene photo.

After the accident, Debbie became fascinated with bodies because she couldn’t recognize faces anymore. Much of her work is of nudes which garners three reactions: “shock, disgust, or rapture”. But to Debbie, it’s her way of surviving, of living. “I can’t help but feel that if it’s my destiny to live life without ever again knowing the relief and joy of seeing a familiar face, then at the very least I can enjoy what I do without shame and sometimes with a great deal of pleasure.”

The real problem is that Debbie is in love with Detective Marshall Scott. Scott and Debbie have a complicated history since it was Scott’s partner who caused the accident leading to Debbie’s disability. Debbie doesn’t hold it against Scott, but Scott holds it against himself and despite his attraction toward Debbie, has never taken any action. He also recognized that she was a mess, emotionally, following the car accident. Everyone seems to know that the two of them are hot for one another but until his birthday party, they’ve been circling like wary beasts in a cage.

And the man himself, where’s he at?” I was starting to calm down, though if I had to move off this stool I was going to lose it again.

“He’s over at the other end of the bar,” he said gently, pointing, and I jerked to attention.

A dark-haired man with a stubbled jaw and a dress shirt opened to reveal a tanned throat sat almost directly across from me, surrounded by men and women vying for his attention. He would say something occasionally, but mostly he just stared at me, and I supposed it must be Detective Scott. God, he was hot.

Debbie, for all her pluckiness, is still suffering from her disability. “Since I’d gotten hurt, I had doubted, often, whether I was capable of loving anyone anymore. How could I? I wouldn’t recognize Mel Gibson if he walked through the door, much less someone I loved.” But Scott realizes that he and Debbie belong together and act on his long time feelings and her long time invitation. The sensuality of the book was increased because Debbie’s narration, her focus on the other senses, on the beauty of the body, the sweet musky smell of man, sex, and lust all created a visceral image for the reader. ‘It felt as if he did me for hours, so tirelessly, so carefully did he work me.”

While the relationship is tender and sweet and joyous to read, it is because the reader falls so hard for Debbie that the story has so much appeal. This is one of my favorite passages from the book:

When I woke from the coma they’d kept me in to keep the swelling in my brain under control, the first thing I’d seen was a tiny blond woman with blue eyes looking down at me. She was crying and laughing at the same time and calling me her baby. It took me a minute to recognize her voice, and when I did I became even more frightened than before. I didn’t recognize her. This stranger had my mother’s voice. I panicked and jerked away, screaming, and the doctors came in and sedated me. It took days to sort out what was wrong with me, and I cried every time I looked at my mother and didn’t see the woman I loved more than my own heart.

I remembered learning in college that when a baby first looks into its mothers face, there is an instant connection. Something about the mother being a mirror of that child’s self, and that mirror in some way defines what it means to exist. I would argue that it also first defines what it means to love. I think that was the hardest part for me, losing that connection, and it wasn’t till I looked down at her hand clasped in mine weeks later that I found a measure of peace. They were my mother’s hands, wrinkled and tiny, filled with love.

The remarkable thing about this story is how much emotion and depth the relationship is given despite just the one narrator. I never felt as if the hero was a mystery. Debbie’s struggle to come to grips with taking the chance of loving someone, despite her disability, was a tender and meaingful. The A- is because the suspense thread was weakly inserted and unnecessary in this short story space.   A-