In September and October I read (or in one case tried to read) the first three books in Elizabeth O’Roark’s Devils series (book four comes out December 1st). They’d been recommended to me by no less than three people and a couple more friends have recommended them since then. Here are reviews of the first two books.

A Deal with the Devil

Tali, a blocked novelist whose manuscript is due soon, is not quite a stereotype but certainly a romance genre archetype: the down-on-her-luck young woman who dumped her guy after he cheated on her. As is frequently the case with this kind of heroine, Tali is now struggling financially and feeling down on herself, in need of a boost to her self-esteem. 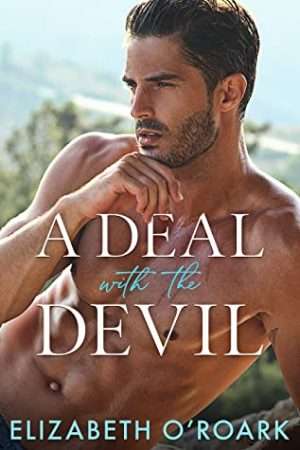 Tali agrees to pinch hit for her friend Jonathan by temporarily taking over his job as an assistant for Hayes, a premier plastic surgeon, while Jonathan and his husband adopt a little girl. The one thing Jonathan asks her not to do is sleep with Hayes.

Hayes is also an archetype, the glamorous asshat with a secret heart of gold. Unfortunately the ass part of that sentence is the most obvious one, at least in the beginning. As soon as Tali begins to work for him, Hayes starts trash talking her. Tali gives as good as she gets, or rather, as terrible as she gets, because what passes for workplace flirting in this book is inappropriate and immature.

Both of them make cracks about Hayes’s penis, for example. In this post-#metoo day it’s not appealing and it also made me roll my eyes. I would have been outraged if Tali hadn’t been almost as inappropriate as Hayes. But either way it was really unprofessional of both of them and that unprofessionalism a turnoff. So was the juvenile nature of their behavior.

There’s a lot of other unprofessionalism too. Hayes gives Botox injections to a wealthy female client while her large, badly-behaved dogs are in the room. Rather than requiring the client to lock them in another room, Hayes indicates that it is Tali’s job to physically block them from interrupting the procedure. Would any plastic surgeon agree to inject Botox under these conditions, much less a top-tier surgeon? For that matter, what woman would want her unruly dogs jumping on her doctor while he’s doing work on her face?

Hayes also stays up late, parties, and gets drunk most nights. In real life, surgeons care about their sleep schedule; they need to be able to get up well-rested and alert early in the day for morning surgeries. Responsible surgeons don’t get wasted regularly even when they don’t have surgery the next morning because they need to watch out for their hands. Plastic surgeons (I know one personally) fear of doing harm to their hands because their livelihood depends on them.

Also, would Hayes be considered a celebrity and be gossiped about on a TMZ-type show for being a plastic surgeon to the stars? That was ridiculous too.

The first 42% of the book (which is as far as I read) had almost no plot. Tali works for Hayes at his house doing a variety of things that include taking his one night stands out for breakfast. She persuades him to take a day off and they go to an amusement park. They also give a party where nothing much happens. That takes us past a third of the book. When share their first kiss and Tali’s ex sees it, it’s the first event in the book that resembles a plot development. That’s at 38%.

There are subplots about Tali’s family relationships, a couple of her friendships, and the obstacles she has to resolve with regard to the manuscript she’s working on. All of these are more engaging than the main plot, and that’s never a good sign. I put this book down at around 42% and didn’t pick it up again, so this one is a DNF.

The Devil and the Deep Blue Sea

The Devil and the Deep Blue Sea, book two, is a contemporary romance. The book begins when rock star Drew Wilson arrives in Hawaii to join her ex-boyfriend, Six, and his parents and brother on a family vacation. 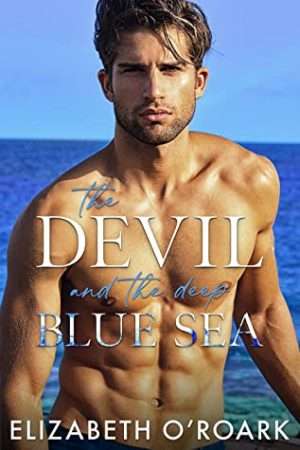 Drew was signed by her manager, Davis, when she was very young. Davis got control of her career and now he dictates her actions. It would take a major legal wrangle to extricate herself so most of the time Drew goes along with Davis’s wishes despite their oppressive nature. Even getting a new haircut is an act of rebellion.

Six, a guitarist, has begged Drew to give him another chance and participate in the family’s vacation in Hawaii. Drew agreed but Six doesn’t show up. She’s stuck with Six’s parents, his annoying brother Josh and Josh’s (ex, but Drew doesn’t know that) girlfriend, Sloane.

It was Six and Josh’s mom, Beth, who invited Sloane, and although Josh knows that was a big mistake, he doesn’t have the heart to tell his mother so (there are spoilery reasons for that). Josh isn’t interested in getting back together with Sloane and he sleeps on the couch. Sloane gets the message and pick up on sparks between Josh and Drew, so she leaves in short order.

Despite some initial antagonism, Drew and Josh start to bond and to feel an undeniable attraction. Of course, that’s exactly when Six shows up.

Drew is a terrific character; I loved the backdrop of her rock star’s life and how she had to be careful of rumors starting in tabloids. Davis won’t let her perform the songs she writes herself; instead she has to sing canned and meaningless pop songs vetted by Davis and her record company.

Asthma is another concern. Drew’s life is so stressful that it puts her at risk of an asthma attack. In one memorable scene, her inhaler goes missing and Josh steps up and makes sure to reduce the stress she’s under. That was one of the best parts of the book for me.

Josh is a surgeon who works in a Somalian war zone (the representation of Somalia later in the book wasn’t the best). The trip to Hawaii is an unusual break in his intense life. Even after he and Drew resolve some of the other issues, there’s still a star-crossed lovers element to the storyline partly because they are halfway across the world from each other and bound by career commitments that aren’t easy to ditch.

I only had a few issues with this book. The biggest by far was that Josh is too good to be true. Human beings almost never come this selfless and chivalrous, much less gorgeous and (supposedly, I didn’t find the sex scenes that hot) great in bed at the same time on top of that as well. Josh read very much like a someone’s over-the-top fantasy of a dream guy and sometimes that made me roll my eyes. I need characters to be at least a tiny bit flawed–grounded in, if not realism, then verisimilitude.

There was also a misunderstanding that could have been cleared up quickly and an overly sentimental (for me) resolution to the main conflict.

But there’s a lot of good material here too. Almost everything involving Drew—main plot, subplots, and moments that revealed her inner desires and needs–was interesting. She is so kind and lovable, yet unlike Josh, not perfect. The pressure she was under, the intense schedule and scrutiny, the absence of privacy, the obligations and restrictions, all made me feel what it must be like to live within the crucible of celebrity and sympathize with her. I gave this book a B.

I read these books in the reverse order and I’m glad I did. Had I started with book one, I might never have continued on to book two. But now, especially after book three (my review of it is in the works) I’m looking forward to future releases from this author.