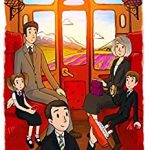 REVIEW: The Frenchman and the Lady: (Enter: Mrs. Belchamber ) by Elizabeth Cadell

Mrs. Belchamber was not invited but Mrs. Belchamber came to stay. The changes she introduced into Scotty’s topsy-turvy Kentish farmhouse were past belief. But though Christopher could not help feeling some concern that he had landed on his friend a woman of character as well as three lively French children, ... more > 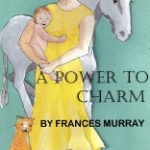 REVIEW: A Power to Charm by Frances Murray

This is a light-hearted story set in an Andalucian hill-village. Agnes, a mathematics teacher with some curious and useful abilities takes a holiday in Spain and meets a breeder of horses who asks her to marry him. She abandons her job and her father and the UK and comes to ... more > 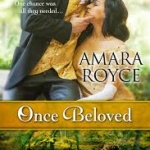 REVIEW: Once Beloved by Amara Royce

Dear Ms. Royce, Last year I reviewed your historical romance, Always a Stranger. The book was interesting and different enough that when I saw you had a new romance listed on Netgalley, I requested it. Once Beloved is the story of Helena Martin, a widow with three sons. Helena’s age ... more >

Dear Mr. Aaronovitch, Foxglove Summer, the fifth book in your urban fantasy series, finds the hero of the series, police constable and wizard-in-training Peter Grant, driving out to the countryside to help investigate a missing persons case. Two eleven year old girls, Hannah Marstowe and Nicole Lacey, have disappeared from the ... more >