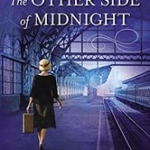 REVIEW: The Other Side of Midnight by Simone St. James

“London, 1925. Glamorous medium Gloria Sutter made her fortune helping the bereaved contact loved ones killed during the Great War. Now she’s been murdered at one of her own seances, after leaving a message requesting the help of her former friend and sole rival, Ellie Winter. Ellie doesn’t contact the ... more > 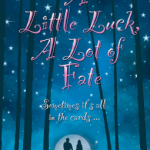 REVIEW: A Little Luck, A Lot of Fate by Linn B. Halton

When destiny calls, you need to pick up … On the surface, Kristi Danielson has it all. She’s lifestyle coach to the rich and famous, has a bestselling book to her name and is described by her fans as “the veritable Queen of how to lead a fulfilling life”. But ... more >

Dear Ms. White, I still have yet to pick up your Paranormalcy trilogy, but I enjoyed Mind Games, a thriller about two sisters with special abilities who’d do anything for each other. That book ended with the sisters separated: psychic Annie free at last and violent Fia returning to the ... more >

Dear Ms. Lamb: Why hello there. I had no idea you wrote such fun and entertaining characters.  I admit that I was initially put off by the series because it featured heroines with psychic abilities.  While Now You See Her and Dream Man by Linda Howard are two of my ... more >

Dear Ms. Weir: I have been slowly working my way through your backlist titles, so when I came across the re-released, reasonably-priced digital edition of Bad Karma at the Kindle store, it shot to the top of my TBR list. I have to admit that I’m not the biggest fan ... more >

Dear Ms. Harrington, I admit I hadn’t heard at all about either you or your debut novel until I saw it mentioned during the Scholastic preview webcast a few months ago. I made a mental note to request Clarity, but I’m afraid it fell through the cracks. Thankfully, Scholastic sent ... more >