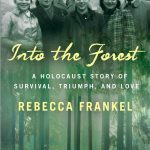 REVIEW: Into the Forest: A Holocaust Story of Survival, Triumph, and Love by Rebecca Frankel

A gripping story of love, escape, and survival, from wartime Poland to a courtship in the Catskills In the summer of 1942, the Rabinowitz family narrowly escaped the Nazi ghetto in their Polish town by fleeing to the forbidding Bialowieza Forest. They miraculously survived two years in the woods—through brutal ... more > 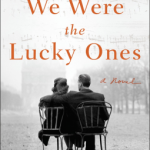 REVIEW: We Were the Lucky Ones by Georgia Hunter

An extraordinary, propulsive novel based on the true story of a family of Polish Jews who are separated at the start of the Second World War, determined to survive—and to reunite It is the spring of 1939 and three generations of the Kurc family are doing their best to live ... more >

Group of black women kicked off Napa wine train after laughing too loud -What happened to this book club on the Napa Valley Wine Train is pretty much the definition of microaggression. It’s also just plain gross. After some complaints that the eleven women were too “loud,” they were “paraded” off ... more >

Dear Ms. St. George, Years ago, after reading the DIK review for “A Century of American Romance” at AAR, I tracked down all twelve of the OOP books and read half of them. I can’t recall why I didn’t continue considering how good I thought those six were but, there ... more >