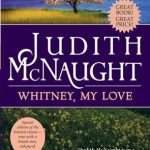 CONVERSATION: Redemption and Reparation in Romance

A couple of weeks before Yom Kippur, Judaism’s Day of Atonement, I started this conversation about redemption and reparation in the genre. I’ve scrapped my original intro because the Yom Kippur is well past, so I’ll just say that Rose (once a DA reviewer) joined us for this one and ... more >

So I recently saw the movie version of Gone Girl, which had some provocative differences from the book, even though both were written by Gillian Flynn. Those differences, which include a reversal in sympathetic portrayals between the husband and wife, may have been a function of directorial or editorial vision. ... more >