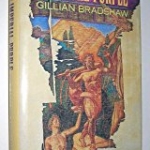 Dear Ms. Kelly: I wouldn’t normally start a paranormal series on book 2, but the recurring theme of communication issues intrigued me. (In this mythology, Selkies retain some seal aspects in their human form, and are essentially mute.) And as it turned out, the series is really only connected by ... more >