Why Hollywood is turning to books for its biggest productions – The obvious answer to this question is money, but the specific justifications are a good reminder that the commercial aspects of commercial art do not necessarily favor novelty and innovation. Here studios can “manage risk” by adapting already popular material, ... more > 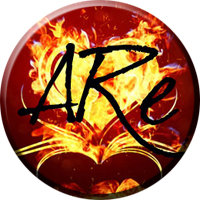 Remembering David Bowie through his 100 favorite books – One of the best things about this article is the throwback to the David Bowie “READ” poster. But the list of books is pretty interesting, too. And eclectic. A great reflection of how broad-ranging and deep Bowie’s intellectual interest, cultural literacy, and ... more >

Looking Back at 2015 in Book Publishing – A review of some of 2015’s publishing notable moments, from the rise of audiobooks to the phenomenon of Go Set A Watchman, to all the books that were published but did not blow the roof off their publishing house: At the outset, 2015 ... more >

{TB EXCLUSIVE} JANE AUSTEN ROMANTIC COMEDY “JANE BY THE SEA” SET AT VOLTAGE PICTURES – So another Austen biopic is in the works. Yawn. As with Emily Dickinson, there appears to be some kind of compulsion to “discover” what made these women write. To be read as follows: the men (presumed) ... more >