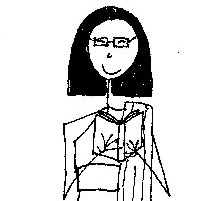 My best of 2011 List. I even numbered them.  I am happy with how the list turned out.  There is a little of everything.  One book I left off but I probably shouldn’t have was Snapped by Laura Griffin.  It was good enough that I went back and read the ... more >

This year was a bit of a crap year for me. I actually haven’t read all that much—at least in so far as romance is concerned. Between the final semester of school, exams, work and the most severe case of reading burnout I have ever had in my life, I ... more >

Even though I’m using the Top Ten Lists tag, this year in checking over my notes, I see I have a lot of B grade books but not as many B+ or A range books of those I read that were published in 2011. Since I want the books on ... more >

This list encompasses the best books that I read this year.  All books were published in 2011.  This list is by no means complete (as there are many books published in this year that I have not read) or calculated – these are simply just books that, on reflection, are ... more >