Leah and Bran: Thoughts on Two of Patricia Briggs’s Most Enigmatic Characters

There’s a lot to talk about in Wild Sign, Patricia Briggs’s most recent book, and in addition to my review I wanted to write a separate post on the topic that fascinated me most in this novel: Leah, Bran, and their relationship.

Keep in mind, readers, that while I’ve read all the Alpha and Omega books, I’ve only read the first four Mercy Thompson novels and a few of the related novellas. I keep meaning to go back and read more, if only to flesh out my understanding of this world and of the Alpha and Omega characters, but four is as far as I’ve gotten. So it’s possible I’m missing key events or aspects of Leah and Bran’s relationship. If so I’d love to hear about them in the comments.

Leah gets quite a bit of attention in the latest Alpha and Omega novel. The wife and mate of Bran Cornick, North America’s ruling and most powerful werewolf, she has a history of being unpopular with readers. In some of the books in the series, especially the first few, Leah is awful to all three of the Mercyworld protagonists–threatening to Mercy (her adopted stepdaughter), hostile toward Charles (her stepson) and harsh to Anna (her daughter-in-law). But is she just a villainess or are there understandable reasons for her behavior? More and more we’re seeing that the latter is the case. 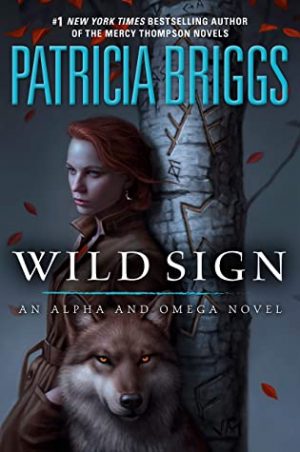 The senior Cornicks’ marriage is baffling to most of the other characters in the series. Why would Bran, in all other regards a dangerously intelligent and careful man, choose someone as shallow, vain, and self-centered as Leah for his mate? But as the series proceeds, we learn more about Bran’s reasons and more about Leah, including (in the last two books) that there is more to her than meets the eye.

Early in Wild Sign, during an outing that includes Leah, Anna, and two other women, Anna reflects on Bran and Leah’s relationship:

Anna was pretty sure no one else at the table believed the cold relationship Bran and Leah had was a good thing. It wasn’t abusive—not quite. Not physically abusive, anyway. But Anna would have lasted a month, tops, in a relationship where her needs were met with attentive care—and not an ounce of affection. (Patricia Briggs, Wild Sign, 2021, US kindle ARC location 203)

I was thrilled by that paragraph because it highlighted a darker angle of Bran’s marriage than has been acknowledged in past books. I have thought Bran’s treatment of Leah was emotionally abusive for years, ever since I read a scene in Cry Wolf, book one in the A&O series (there is an introductory novella, Alpha and Omega, that precedes Cry Wolf but Leah does not appear in it).

In the scene, which comes late in Cry Wolf, we see for the first time that Bran uses his mating bond with Leah to balance out his wolf’s mercurial and lethal tendencies. He does this for the good of the packs and they are all lucky that he has such an outlet—but the way he thought of Leah in this scene made me start wanting their marriage to be given further attention, even as unlikable as Leah was.

Leah wasn’t in her room.

He knew, before he got to his door, that she was sleeping in his bed. Silently, he let himself in and shut the door behind him.

Curled up on his side of the bed, she hugged a pillow. Tenderness welled up in him; asleep she looked soft and vulnerable.

He pushed the tenderness away in that there was too much danger. He knew his sons had never understood his marriage, his mating. It had taken him a few years after Blue Jay Woman’s death to find Leah, a woman so selfish and stupid he was certain he could never really love her. But love wasn’t necessary for the mating bond—acceptance was, trust was—and love was a bonus he couldn’t afford. This scene made me wonder about Leah. She was not a sympathetic character, especially at the time, and in fact many Briggs readers (the majority I talked to about her then) hated her. After reading this scene, though, I felt that I could understand where she was coming from. If she loved Bran, and I thought she might, then to be the one person in all the world physically closest to him and at the same time the one person in all the world he was determined to feel as little as possible for had to be brutal.

I saw where Bran was coming from, too—loving Blue Jay Woman had destabilized him mentally and emotionally and his is a terrifying wolf to destabilize. The loss of the woman he loved nearly led him to commit mass murder (we see more of the fallout from Blue Jay Woman’s death in Wild Sign, where Charles remembers that even in childhood, he knew that Bran came close to killing him for taking Blue Jay Woman away). So Bran felt that for the safety of his packs he had to have a mate and, also for the safety of the packs, it had to be someone he could never love.

But even in the quoted scene which comes quite early in the series, Bran feels a tenderness for Leah, or there would be no tenderness to push away. He *works* at being cold to her.

So, although I understood his treatment of his wife was the price that came with ensuring the survival of all the werewolves in North America (and probably most of the continent’s humans), that didn’t make it any less cruel. For one woman to bear so much emotional abuse to ensure the survival of everyone else seemed a grave injustice no matter how necessary it was or how much sense it made.

(It reminded me of Ursula Le Guin’s famous story, The Ones Who Walk Away from Omelas.)

Of course, all these thoughts were predicated on the notion that Leah, Bran’s “selfish and stupid” mate, loved him. I discussed this possibility with other readers on Twitter once, several years ago, and most of them didn’t see this as the case. Even I knew I was only speculating, but it seemed like something that would explain (though not excuse) her coldness to her stepsons and her general bad-tempered, abrasive and prickly demeanor.

But then Burn Bright, the fifth novel in the A&O series, revealed that Leah did, in fact, love Bran and that this was, in fact, the reason she’d never liked Charles—because Bran loved Charles but not Leah, his own mate. I almost jumped for joy when the first mention of Leah’s feelings for Bran appeared on my kindle:

But if a death of another wildling would hurt her mate, the death of his son would do far worse. And though she knew Bran did not love her, knew that love had no part in their long-ago bargain, it didn’t matter. She loved her coldhearted, flawed bastard of a husband and mate with all of her selfish heart. If she could save Charles, she would. (Patricia Briggs, Burn Bright, 2018, US Kindle ARC location 4106) 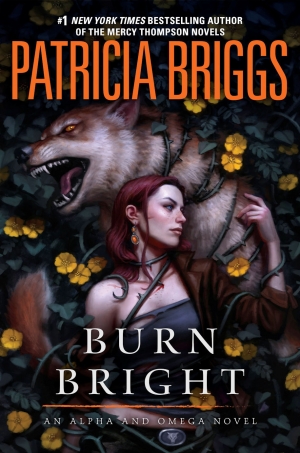 Heading into Wild Sign, I wasn’t sure what to expect from the Leah / Bran dynamic (I did like that Burn Bright’s ending suggested that Bran might have unacknowledged feelings for Leah and hinted that his policy of keeping her at an emotional distance could hurt his pack as well as protect it). So I was very excited to read Anna’s thoughts on Bran and Leah’s marriage as “not physically abusive, anyway,” because it was a signal that their dynamic would be interrogated further in this book. And it was.

I loved everything about that and I thoroughly enjoyed and appreciated Leah’s characterization in this book. A traumatic past was layered in with her character in a way that I found utterly believable. With this added to her situation with Bran, Leah’s past behavior became even more understandable. By the end I felt that though she isn’t someone I would want for a best friend, there are things to admire in her.

And I have to give the author kudos for this: the fleshing out of Leah’s character was pretty consistent with her earlier portrayal even as it turned how we’d been invited to view her before upside down.

I also loved the role Leah played in his story. I didn’t love everything in her backstory (some of it was incredibly disturbing) but I loved the way that she came to Anna’s rescue. And I appreciated the questioning of Bran and Leah’s relationship and how it functioned (and malfunctioned) as well as the exploration of how other characters viewed her vs. who she really was.

Although quite frankly I wanted Bran to suffer a lot more for his treatment of Leah over the decades, his hatred of her, his thinking her “a woman so selfish and stupid he was certain he could never really love her,” his determination to shut down the mating bonds and the possibility of love between them, his probable role in how the rest of the pack saw her.

I hope their relationship storyline gets further play in future books because I want Leah to make Bran suffer for a while. Not deliberately, but with fear of trusting him just when he needs her trust—that would be completely consistent and justified.

Of all the things to like about Wild Sign, the reframing of Leah not just in the reader’s eyes but also in the eyes of the characters was my favorite.

What about you, readers? How have you felt about Leah in the past and how do you feel about her now? Do you like the turn Briggs has taken with Leah in the past two books? What are your thoughts about what we’ve now learned about Leah’s past in Wild Sign and what do you think about how it’s shaped her? How do you feel about the recent developments in her relationships with Bran and with Charles? About her actions in this book with regard to Anna? About the brutal thing she had to do late in the novel? And what would you like to see happen in her relationship with Bran in future books?

A reminder to readers: spoilers are permitted in this particular thread.