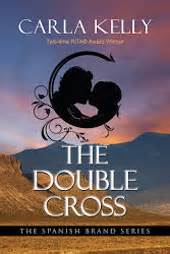 The year is 1780, and Marco Mondragón is a brand inspector in the royal Spanish colony of New Mexico. A widower and rancher, Marco lives on the edge of Comanchería, the domain of the fierce Comanche. Each autumn, he takes cattle and wool, and his district’s records of livestock transactions to the governor in Santa Fe. He is dedicated, conscientious and lonely.

This year, he is looking for a little dog to keep his feet warm through cold winter nights. He finds a yellow dog but also meets a young, blue-eyed beauty named Paloma Vega. Paloma is under the thumb of relatives who might have stolen a brand belonging to Paloma’s parents, dead in a Comanche raid. As a brand inspector, Marco has every right to be suspicious of brand thieves. If Marco has anything to do with it, Paloma’s fortunes are about to change.

Meanwhile, Marco has other challenges to contend with. An elderly ranchero named Joaquin Muñoz has set in motion events that involve the ever-dangerous Comanches and threaten the uneasy peace of Marco’s jurisdiction. Set against the mountains and high plains of northeastern New Mexico during the decline of Spanish power in the New World, The Double Cross is a story of loss and love regained, at a time when honor went hand in glove with bravery, and danger was never far away.

When I heard that your latest project was going to be a book set in 1780 in New Mexico, I was excited. I began reading your Regencies first but your westerns have always proved to be among my favorites and since the readers at DA are looking for something other than the usual settings, reading it for my next book seemed a great idea.

Brava for having mainly Latino leads and secondary characters in a setting little used in romances – 1780 pre-gringo New Mexico. There is also a sympathetic Kwahadi Comanche character who is not either a villain or a Noble Red Man stereotype. Lots of the secondary characters are priests which makes sense in a world where religion and faith are inculcated from birth and central in the lives of the inhabitants. Marco and Paloma don’t just give lip service to the Church, they are faithful worshipers who pray daily, adhere to the tenants of Catholicism and really mean it.

There seem to be two kinds of Kelly characters – the good ones and the evil ones. You usually have very little gray. I have to be honest and say that here even when some shading is added to a character, I don’t always truly feel it. Paloma is treated badly by her relations but she confounds her husband and another person when she expresses ultimate sympathy for how poorly her cousin was raised and the challenges this person faces in her new life on the frontier. Paloma has good reason to fear Comanches but after a brief period of hesitancy on her part to help one, she soon seems to become his nurse and advocate. A few references are made about how she wishes Toshua would just leave but they seem more lip service.

Still, I don’t mind that these characters are not too different from your usual ones. They aren’t. But I like reading about nice people who find love amidst their angst and issues. The main difference I find are the settings used and the way they’re used. By that I mean this is a western but not a 19th century American frontier western. The book also focuses on things new to me such as Marco’s position as Juez de campo which earns him the de facto role as lawman of the area. I’m curious as to whether or not the description of Marco’s hacienda matches an actual one of the time. Reading about its construction and the 24/7 safety precautions carried out, I really got a feel for the fear of Comanche raids under which these people lived.

Marco is a man scared by the tragic loss of his wife and children to disease. As such he’s put off remarrying for eight years. When he sees Paloma, he begins to just think about the possibility which I like much better than having him suddenly be ready to jump right into marriage. Paloma has almost given up all hope of a family of her own as she has no dowry and has reached the decrepit old age of (gasp) eighteen. Thank you for making the point that women of this age expected to marry young and including it in the story.

Also bravo that Marco is a man who likes to see a little meat on his heroine’s bones. He’s not all ‘ooh, she’s sylph-ish and slender’ he’s ‘let’s get some weight on her and fill her out.’ There’s lots of sex compared to your old Regencies. These two are like rabbits! The sex though seems to mean something to each of them and serves to bring them closer as a married couple rather than just being perfunctory.

I’m not sure about all the Comanche information. I didn’t think they ever ate dog – not that this happens here. I also wasn’t sure how a warrior would ever remain a slave but the fact that he’s apparently older and has been cast out by the tribe helps me believe it.

I saw somewhere that you hope for this to become a series. When I started it, I hoped that the book would be complete on it’s own rather than ending with untied plot threads. After finishing it, I believe you’ve left yourself some issues to revisit and possibly resolve but that the book can also stand on its own. I would enjoy coming back again to see more of these characters and especially discover if Paloma gets her heart’s wish. B

→ Jayne
Previous article: 73. What We’re Reading, and When You Re-Read a Series
Next Post: Is There An Ideal Online Community? (Part One)