REVIEW: Next to You by Sandra Antonelli 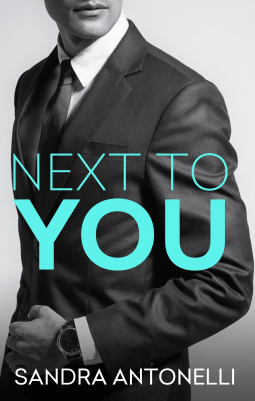 A witty, quirky and unexpectedly moving story about cinema, secrets and a complicated love affair.

A love of ‘70s bubblegum pop music isn’t the only unusual thing about William Murphy — being a six-foot-three albino also makes a guy stand out. Will’s life is simple and he likes it that way. But when he meets his new next-door neighbour, complicated begins to look rather attractive.

Caroline’s trying to put her past behind her and grab life by the balls, which means finding new friends besides her dog, Batman. Will offers her neighbourly friendship, and as they bond over old movies, Caroline regains her confidence and unexpected love blooms.

But real life’s not like the movies, and their cute romantic comedy goes all Fatal Attraction when her vengeful ex shows up. Will learns that nothing about Caroline is quite the way it looks, and his simple life turns more complicated than he could ever imagine.

Warnings or possible triggers – The heroine is getting counseling for her mental health issues. Readers should consider what they think of euthanasia. The hero and his ex-wife still have a physical relationship which doesn’t end until after he meets this heroine. The heroine has a very complicated relationship with her brother-in-law and has suffered the loss of a prematurely born child.

As usual, you serve up something new and interesting with each book as well as sticking with some (for me) comfort things. This is another older couple finding romance story with some added twists. I should mention that this book will come with a lot of warnings and triggers (see above) that should carefully be considered before starting it. Yes, I know some of these could be considered spoilers but I feel they need to be mentioned from the get-go as some bold risks are taken here.

Caroline and Will are aware of each other from the beginning. It just takes them a little while to actually meet and discover that they’re new neighbors with Caroline having bought the apartment across from Will. Her uncle had lived there so through his stories, the current residents know a little about her and she about them. Unfortunately this will lead to some instances where people thought they knew the whole truth and nothing but the truth when in reality the big picture is incomplete.

I like that Caroline’s – and to some extent Will’s – lives are slowly built up like a pencil sketch gradually shaded in, then color washed rather than us being told everything from the start. Sometimes if all the beans have been spilled early on, I get impatient over the course of a book as things are repeated and hammered home lest I (somehow) forget what I learned only one chapter ago. The way information was revealed here kept me on my toes.

As with your other characters, I can relate to these people since we grew up together, so to say. I speak their generational language and understand their (mainly 1970s) references. Their music is mine and I could mentally sing along with Will. Caroline and I also share introversion and a common way of needing time to feel comfortable with new people. Others might think us standoffish but really we’re just trying not to be overwhelmed. I love Will’s relationship with his boss and friend Quincy – you do male friendships very well. Batman is a love too.

Will and Caroline fall into lovely and witty flirtation and banter. Their personalities begin to show through actions and words rather than us being told. They get to be friends before anything else. They bond over lots of things including a shared love of old movies, music and old TV Land shows. Will explains the reality of being albino. They also have a passion for well made clothes (she’s a professional stylist/buyer) and he loves that she enjoys picking clothes for him. Their debate on the sexiness of certain actors and who women would prefer to sleep with – any actor playing James Bond v Kevin Costner v Tom Hanks – is hilarious.

As their relationship progresses, both Will and Caroline pause to consider what they actually want. Both have coasted along on simple and uncomplicated. Both have seen relationships implode and worry about losing their friendship should this become anything deeper. Both have past relationships which still need to be worked out. In Caroline’s case, really worked out. There’s also a great deal they think they know about each other but actually don’t. Will is a gentleman to the core and realizes that it will have to be Caroline who makes the move for more.

I had deduced some of Caroline’s complicated past but the full devastation of her life is a wowzer. Things were done which take some time for a reader to process. It’s bad and tragic all together but I hung on and kept reading. Okay so I was a bit sucker punched by Caroline’s recitation of her past to Will and then by what someone else tells her about the same events. The closing scene and Caroline’s health throws me for another loop as well.

I’m glad that Caroline’s mental illness is handled sensitively and that there’s no magic love heals all wounds and depression. Caroline’s had years of treatment and therapy by this point and it still seems ongoing – or the counseling is. This book turned into something much deeper and darker than I was at first expecting and parts were not easy to read. But it’s not as if it comes from out of the blue as from the beginning, one character shows his true colors and the outline of Caroline’s past is filled in by the facts over the whole course of the story. It’s a book where I truly had no idea what was coming next and I deeply enjoyed that. It is also one that comes with a lot of triggers and has characters doing things which might be more than readers want or are willing to accept in a main character. It grabbed my emotions though and I applaud the chances taken. B