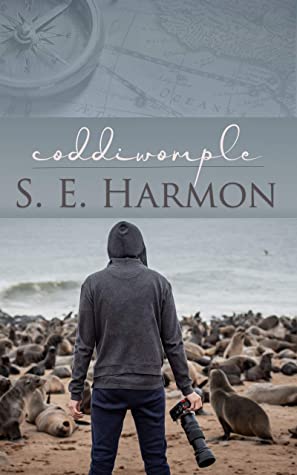 As a wildlife photographer, Journey “JJ” Sutton never stays in one place too long. The world is his classroom, and he’s living his dream. His only regret is that he had to sacrifice the love of his life to do it. But as the saying goes, you can never go home again. That’s until there’s a family emergency, and he has to…well, go home again. His easy breezy lifestyle gets complicated fast. It certainly doesn’t help that his ex-fiancé has bought the house next door.

After an unstable childhood, Cameron Foster loves small-town life. He has everything he needs in his vet practice, his friends, and his animals. Despite what numerous exes seem to think, he’s not still in love with Journey. And so what if they add “benefits” to their friendship? As long as he keeps his heart out of the equation, everything should be fine.

Too bad Journey’s not onboard with that plan. With summer ending, he has to convince Cameron that this is more than just a fling. This time around, he knows what he wants. He wants a second chance. He wants forever. Most of all, he wants Cameron’s heart.

Journey may have put away his passport, but things are just getting interesting.

I picked up this book intending to love it. I really enjoyed your paranormal mystery romance series and hoped this one would be a hit for me as well. Alas, that did not quite happen.

So, what worked for me was the voice – I loved the light often humorous touch in the narrative. Although both men did speak similarly it really did not bother me much. What bothered me was the plot or lack of such.

I mean, of course there was *some* plot, otherwise there would have been no story. As the blurb tells you Journey (really could have been okay without talking name, but whatever) is traveling the world taking awesome pictures of awesome animals, however with his dad being sick he needs to come home at least temporarily and coming home means not just reconnecting with his family but coming face to face with his former fiancé Cameron, who maintains close ties with JJ’s family, so close that he bought the house right near them.

Of course Journey (aka JJ) never really abandoned his family, he helps them a lot financially and he was the one on whose shoulders taking care of his brothers fell when their mom died and his dad did not completely step up to the plate. There are no villains in this story, really, just good but flawed people who are trying to reconnect with each other.

So Journey is back home and that means seeing Cam and confronting the feelings for each other both guys still obviously have and reconnecting with family who loves him, but mad at him and he has justifiable reasons to be mad too, but of course they do love each other and that’s most important.

Cameron is somebody who needed stability in his life growing up and he is more than happy to live small town life and take care of his animals and foster them (Cameron’s fostering usually ends up opening his house to them forever), but he loves Journey and despite his initial reservations the boys end up having a “casual fling” while Journey is helping his dad get back on his feet.

It is nice, and at times was quite funny. It was also as boring as it could possibly be at times. Literally I was wondering what is the end goal of the story. After having sex and sex and thinking it is a bad idea they will get back together?

Let me make it very clear I *am* a romance reader, I am expecting them to get back together, but I kept hoping for something else. No, not another mystery, just more plot?

→ Sirius
Previous article: REVIEW: The Jasmine Throne by Tasha Suri
Next Post: REVIEW: An Affair of the Heart by Joan Smith