I have heard it number of varying opinions about these books but someone gifted me a copy and once it was on my Kindle I couldn’t resist. The most intriguing part of this book is that it surrounds an established couple who have been married for over 20 years. 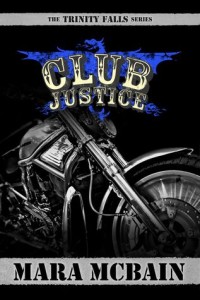 After Zeke Brawer got out of the Marines he returned to his small town, joined the Cleveland Police Department, and started up a motorcycle club with a few other Marines with whom he had served. When he shoots pedophile during the course of investigation, he comes under scrutiny of internal affairs. There is one specific officer, Kramer,  in internal affairs who dislikes Brawer quite a bit and wants to see Brawer taken down.

Kramer from IA begins to apply pressure at every point in Brawer’s life. His books are audited.  Warrants are served at the Lord of Mayhem club house.  The state health inspector does a surprise visit to the bar and restaurant Brawer owns with his wife. And everyone associated with the motorcycle club begins to suffer petty harassments from government officials.

Fortunately the club is clean but each pressure point strains the relationships that Brawer has, not only with his wife and his children, but his associates in the club.  Worse, his wife becomes a target for physical danger.

There are a lot of surprising things that happen in this book a couple of them very shocking. I do question the author’s decisions as a relates to the explicitness of some of the scenes that were included. The opening scene, for instance is a very explicit sex scene between a pedophile and his young victim as he is violating her (ball gag and restraints are used). Strangely this forced sex scene and a later one is almost  more explicit than the love scenes between the two main protagonists.  I felt the first one, in particular, was quite gratuitous because while there were dark things that occurred, those dark moments were quickly glossed over.  For instance, Zeke does not suffer any emotional repercussions from seeing the rape.  In later scenes following other dark moments, the emotional fallout seems limited to a few words.  The easy compensation of the emotional conflicts serve to do two things.  First, they make the conflicts seem gratuitous and second, they diminish those moments and lessen the impact.

While the story does deal with Zeke and Ginny’s marriage, the story is more about the larger family created by the Lords of Mayhem and their bonds and loyalty.  Moriah Jovan equated motorcycle clubs with werewolves.  You can really see the dynamic that she’s referring to in this particular story where you have a family outside of the family created by these bonds within the club. The story is definitely about the king and queen of the Lords even go so far as to refer to them both affectionately and disparagingly in those terms.

One of the weakest parts is Zeke because he acts so foolishly throughout much of the book. He does not view the internal affairs person as much of a danger despite how this individual is able to an act all sorts of problems in Zeke’s life. He also knows that he helped create animosity between himself and the internal affairs individual.  His inattention to this person led to some very terrible consequences and you really didn’t see suffer emotionally in the way that you would expect that someone in his position to have done.

“Simply put, I made his life a living hell,” Zeke said, eyes narrowing defensively. “I took every opportunity to best or humiliate him, to show him that I was every bit as good as he was, if not better.”

How Zeke could not recognize that in return Kramer would want to do everything to bring down Zeke seemed quite odd.  And, given how Zeke was willing to circumvent the law in the beginning, his determination to let the law run its course later on seemed odd.  But I loved watching Zeke and Ginny interact even though their roles are largely traditional ones.

One of the most interesting characters is Mox, their son’s best friend and a boy that they took in at the age of 12. His storyline has a big impact in the story and I found his character to be so interesting at times that he dwarfed the hero.  The storytelling voice is strong and if a reader is interested in reading about family dynamics, motorcycle clubs, and established marriages surviving some of the worst occurrences, this is worth picking up.  But it’s a flawed story.  C+