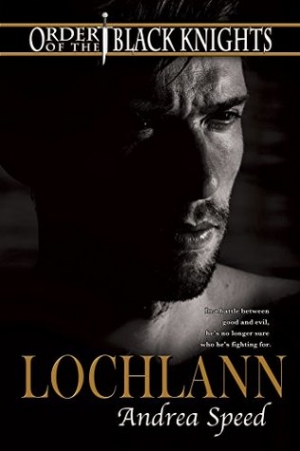 Violence has been Lochlann O’Connor’s companion since he was born into a family of old-school Irish terrorists. From there he is recruited into Alpha, a secret government agency dedicated to fighting terrorism—with extreme prejudice. Lochlann’s bravery, efficiency, ruthlessness, and the natural deadeye aim that lets him hit anything that moves, quickly make him one of the shadowy organization’s most valued operatives. Cas Vega joins Alpha because it’s marginally better than a prison sentence. He’s a former drug cartel assassin—or at least that’s his story. But Lochlann is suspicious. Despite an irrational and overwhelming attraction to Cas, Lochlann has questions, and they soon lead to a deeper and deadlier mystery. What is Alpha’s true purpose, and why does it seem they want to eliminate Lochlann? Lochlann and Cas must work together to get to the bottom of Alpha’s scheme and escape it—and all while Cas keeps secrets that could cost him his life if they’re revealed. But it’s not an alliance that can last. Duty turns the men into enemies, even while fate compels them into each other’s arms. Before they can contemplate which will prevail, they must figure out how to survive.

WARNING FOR GRAPHIC PHYSICAL VIOLENCE, A WHOLE LOT OF IT.

I really wanted to like another book of yours as much as I liked your “Infected” series, so when I saw this book, I one clicked as soon as I checked whether this story could be read as a stand-alone.

Now that I have finished the book, I can confirm that it was indeed a stand –alone. I am guessing that all the love stories in previous five books in the series follow the same framework, but that’s the only thing that connects them (or maybe that’s not the only thing, all I know that this book did not require any prior knowledge of any events or to be familiar with the other characters).

So, this is the series blurb at the very beginning of the book, for this reason I do not think it counts as a spoiler.

“EVERY CENTURY has seen its knights. But there are those who are never seen. They do what must be done, what has to be done—when nobody wants to get their hands dirty. They are called the Black Knights. First created in the 1100s by the wizard Moriel, these men seem cold and hard, and it is said that some have no soul. But for each knight, there is one who can bring out the man who waits inside. The question is whether or not he will kill the individual before he figures it out. Through the ages, they’ve conquered and ruled and taken what they wanted. And they have adapted to modern times. Instead of being bullies for hire, they have taken their skills further—the Internet, the CIA, government infiltration, hacking, special ops, assassination. But each one of them has a need they don’t understand—to squash, kill, or destroy. If the Knight pardons an enemy, he will no longer be cursed. If not, he will continue to live the same life again and again, and each life will make him harder and more unyielding. And each life will make it is less likely that he can be saved. “

Readers I adore redemption stories, I adore when a m/m romance storyline is mixed up with action/adventure. I was *really* excited to start this one; however as much as I was excited by the prospect of reading enemies to lovers storyline and forgiving your enemy, something bothered me already. And when I read the prologue which featured Lochlann, I was bothered even more, because the set up didn’t make much sense to me.

Was Moriel supposed to be the devil of these books with whom all those mysterious knights made pacts and then try to get out of the pact? Because we all know how well it usually goes for many fictional characters – who try to break a pact with the devil. I didn’t know what was going on what was but was excited to find out. Here is what I found out from the prologue which featured two of Lochlann’s past lives – his family was killed and he wanted revenge on the man who killed his family and Moriel asked Lochlann to enter into his service and revenge would be his reward.

Of course Lochlann agreed, only the service apparently spun centuries and after his first life, we get the glimpse of the year 1963 when Lochlann once again kills a man who has the potential to save him by becoming his lover. Lochlann remembers all of this in his dying moments and Moriel is here to gloat or to express regret that Lochlann still didn’t learn.

I wished I would have gotten an explanation as to why Moriel was interested in this pact in the first place. Lochlann was not a bad guy in his first life – he wanted to avenge his family and for that he deserved to be cursed forever till he finds in himself to forgive the reincarnation of the guy who killed his loved ones? But why? What’s the point? It is not as if Moriel wanted his soul, because instead of taking the soul when Lochlann dies, he keeps giving him more and more chances to get it right.

And after that we are in present time and meet Lochlann who is one of the best members of Alpha, a fictional agency of undercover operatives and assassins which allegedly does dirty jobs for the government, only it looks like something in Alpha’s core is very rotten as you can see from the blurb for this story.

After several missions ended  in near disaster for him and his team members, Lochlann gets a very strong vibe that his employer wants him dead and is trying very hard to achieve that purpose.

Alpha constantly recruits new guys – and they target very specific type of recruits and one day new recruit Cas shows up and Lochlann is assigned as his trainer and soon enough Lochlann takes Cas as part of his team.

There is plenty of action in this book. In fact the author can write action scenes very well, please also beware that the action is mostly very violent, because when I said that Alpha takes dirty jobs I was not kidding.

All I saw was they are attracted, they have sex, and then boom – they are in love. Why they were in love? I have no idea whatsoever; the author didn’t show me that. I mean I understand that the reincarnation storyline was supposed to be a shortcut for why they fell in love (although it is not like we were treated to the past life showing them falling for each other), but it just didn’t work for me at all.

Grade: B for action scenes, C- for romance