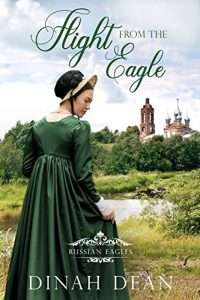 Major Orlov takes on the protection of Countess Berova… But can he let her go?

Leading his battalion of injured and war-hardened infantry to safety, Major Lev Orlov is seeking shelter for his men in an abandoned inn when he finds himself face to face with a Countess. Lev can’t leave poorly dressed, but brave and resilient, Countess Berova to the grim fate of men made savage by war, and insists on her traveling under his protection. He can’t allow her reputation, or her virtue, to be compromised.

Battle weary and ready to settle down with a wife and family, Lev is surprised to find Countess Barova is practical and kind. The more time he spends with her, the more he begins to wonder if their pretense of her being “his lady” could become real…

Rich with historical detail of the Napoleonic war in Russia, this sweet and clean historical romance with Christian themes of peace, will sweep you away with the romance and excitement of a strong military hero and the unassuming woman he falls for.

So … this new blurb. I think the Masquerade/Harlequin one was trying to heat things up while this new one seems to be attempting to calm things down. At least the Countess isn’t described as “bewitching” though I wouldn’t have minded Lev’s nickname of “Sparrow” for her (he also thinks of her and calls her a dormouse). I will say that despite the last sentence, I do NOT think of this book as an inspie. It was written when most trad regency books didn’t have sex or much sex and Lev is merely tired of war because he’s seen too much of it. So if you’re hesitant for fear of being preached at, don’t worry.

The first time I read this book years ago, I wasn’t prepared for the fact that it’s more historical fiction with romance than a true romance. Written in 1974 as “The Road to Kaluga,” it was reissued in 1979 and published by Masquerade (#24) back when this line didn’t usually let bodices be ripped. Most of the 1970s romance books I read usually had only the heroine’s POV but here we get into the head of Major Lev Orlov, an officer in the Chevalier Guard who is more used to hobnobbing with the cream of society and bringing orders from headquarters out to the field. Now he is leading a rag-tag band of injured infantrymen, along with an Army Captain and Army surgeon, on a 200 mile cross country flight from Napoleon’s Grande Armee.

He and his motley crew arrive at a seemingly abandoned inn not far from Smolensk – which is now controlled by the French and, with its houses being mainly made of wood, one presumes burning to the ground. Just looking for a place where he and his injured men can have their wounds attended to and rest a bit, the last thing he expects is to find a lady of quality there. Faced with Countess Berova, a dowdily dressed young woman who tries to keep a brave face as she tells Orlov, Kolniev, and Kusminsky that her aunt’s illness forced them to stay there after word of the battle caused everyone else to flee, Orlov realizes his party just got larger.

I had forgotten the bit where the three officers discussed how the Countess needed to be protected while on the march. Since Kolniev and Kusminsky are married, they appoint Lev to be the one to sleep in a tent (they only have two) with her to protect her not only from any French but also from their own men. They are blunt in their estimation of the fact that without a protector, she’s in danger of sexual assault. Later when they are about to face an unknown group of cavalry, Lev hands her one of his pistols and tells her how to aim it to protect herself from being raped. Yeah, I’m not used to that matter-of-factness without it being a prelude to bodice ripping titillation.

But the Countess isn’t completely helpless despite the fact that her stingy, browbeating aunt has done a number on her confidence. Taken on as a poor relation – something Lev realizes immediately – she’s had to work for her supper by seeing to her aunt’s ulcerous legs and also driving a farm cart during the harvest. With a group of injured men being transported by carts over rough terrain, she soon proves her worth. She’s also, to Lev’s amazement, remarkably free of fits, vapors, or swooning. While he isn’t immediately taken with her looks – skinny and plain are adjectives he thinks about her – her quiet willingness to help and common sense impress him. 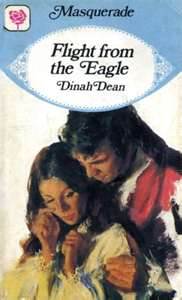 Yet let me emphasize this story is mainly Lev’s and mainly a historical set during a military retreat across Russia with injured soldiers. Lots of the action revolves around this rather than a romance though that threads through the story and by the end, we’ve seen Lev fall for Irina (whose first name we don’t learn until there are less than 30 pages left in the book). The gradual increase of interest gently unfolds between them. If you’re looking for smoking hot sex in a tent or grand gestures, look elsewhere.

The slow journey does allow us to see Lev’s best traits and qualities which as I said is interesting in an almost 50 year old book. He’s been in the army for years but is sick of the death and destruction (some done as “scorched earth” by the Cossacks) he’s seen. He wants to settle down, get married, and have a family. He decides this even before he begins to see Irina as the woman he wants so I’m convinced he’s not just mouthing this to her, or letting the situation and her reputation drive his proposal. A natural leader, he’s good with the men and, as Captain Kolniev tells him, he’s impressed them by being willing to take on this assignment rather than abandon them to the French. Soon they see Irina as “the Major’s Lady” and treat her as such. He also sees to the care of the horses.

Lev is a man of deep emotions held in tight rein by his upbringing and his position of authority. He’s not perfect though as he begins to realize with chagrin that he’s never paid much attention to the poor companions staying silently in the background at beck and call. He does have a good sense of humor (he has a lot to say about the white uniform of the Chevalier Guard and that whoever designed it should also have to wear it) and is not too puffed up about his consequence. One thing I especially noticed this time was the discussion of the serfs in Russia. The surgeon Kusminsky is not an aristocrat, despises keeping serfs, and at times the tone of his voice warns Lev that he’s showing what the doctor feels is privilege. But then Lev astonishes both the doctor and the captain with his willingness to discuss serfdom and the fact that he’s already freed his serfs years ago – something possible yet still frowned on by society.

I thoroughly enjoyed the characters of the captain and the surgeon. Kolniev is concerned about his men while Kusminsky reveals his determination to see that they get the best medical care possible in that age and situation. They enjoy kidding Lev but are impressed by the leadership he displays. Kusminsky also gives Lev some sage and  practical advice to ensure that Irina knows Lev really cares for her and the engagement isn’t just him being a gentleman and saving her reputation. Josef, Lev’s prim valet, could have been played for laughs but instead we see Josef’s dignity and that he’s a dedicated worker who is free to express his quiet opinions.

This is a nice little story that focuses on the feelings of the main characters. There isn’t really too much action but it’s a great character study of the hero. Lev is a wonderful guy and Irina is a sweet, plucky girl who is a bit unsure of herself after having been a companion to a demanding aunt. Watching them fall in love is delightful. Dean uses a dry, wry humor to add sparkle to her books and I can say if you like this one, you’ll probably like all her books. B+