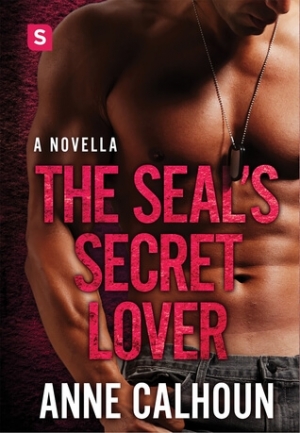 I’m a big fan of your books, so I was very excited to hear you have at least four books coming out this year. The SEAL’s Secret Lover is the first, a novella, set in Turkey.

Rose Powell is Senior Director – Operations and Logistics for Field Energy Company. At thirty, she is the youngest to make it so high in the organisation and as a woman, she feels she needs to work twice as hard to prove herself. She doesn’t shy away from hard work. She is fiercely organised and thrives on the challenge of her job. She’s on holiday when the book begins but her job and her passion for it form a large part of her character.

She is accompanying her Grannie and her Grannie’s BFF’s, Marian and Florence (aka the “Bucket List Babes”), on a dream holiday to Turkey. Her former-SEAL brother, Jack, was to accompany them and act as tour guide but he pulled out at the last minute, leaving everything up to Rose to organise. He has promised an alternate tour guide to help but she’s still annoyed. Since Jack left the Navy, he’s not been doing well and she was hoping to spend some time with him out of his usual environment, getting him to open up to her a little.  Even though there’s quite a bit about Jack in the story but he doesn’t actually appear in person. (He is the hero in the next book, The SEAL’s Rebel Librarian which is out on March 1st. You know I’ll be reading it. Because of course.)

The alternate tour guide is Keenan Parker, a buddy of Jack’s and also a former SEAL. Keenan has been based in Istanbul since leaving the Navy, working with Grey Wolfe Security. He’s familiar with the area and speaks fluent Turkish. Also, he’s gorgeous. (I feel that’s important to know.)

Jack had always portrayed Rose to his fellow SEALs as dumpy, dowdy and a bit of a ball-breaker. Rose is anything but. Okay, she might be a bit of a ball-breaker but as Keenan is turned on by it (and everything else about her) this is not a problem at all. (Besides, what’s wrong with being a ball-breaker anyway amirite?) Clearly, Jack didn’t want any of his SEAL friends cracking on to his sister. Too bad for Jack, he’s not here.

Rose and Keenan are fiercely attracted to each other and, what begins as a one-night stand becomes a holiday fling and then more. As Rose, Keenan and the Bucket List Babes tour around Turkey, visiting places such as Ephesus, Troy and Istanbul, the couple draw closer until both begin to contemplate a possible future together. And this was the the disconnect for me. I liked the setting, which I know little about but which sounded both authentic and interesting. I liked the sexual chemistry between Rose and Keenan. They certainly scorch up the sheets. But I missed the bit where the romance really happened. There was a lack of “getting to know you” and their HEA sprung up out of nowhere for me. Both made some pretty radical decisions about their future without so much as a conversation with the other.

Partly, I think the problem was the novella length of the story; there wasn’t a lot of page time to develop the romance. But also, it was the time frame. I think the holiday in Turkey took about a week, maybe a little more. Rose and Keenan had never met before. It was no stretch for me to believe they’d be attracted and hook up, but for them to end up HEA without actually talking about the possibility? Well, it didn’t give me confidence about their communication skills.

Possibly some of the romance was in the subtext about The Iliad and The Odyssey. Keenan is tired of war and finds it difficult to explain to anyone who’s never been in that theatre. But he relates to The Iliad on a whole ‘nother level now and carries the book everywhere. Rose sees Keenan as someone who is looking for home and, The Odyssey (she hopes) will act as a kind of roadmap for Keenan. I know the broad stories of both books but I’ve never read either. Perhaps I missed something when Rose and Keenan discussed these books. I acknowledge I’m not good with subtlety in my reading. In any event, there was just a leap made between hot sex and HEA that was just too far for me to make.

For the setting, the writing, the chemistry, I’d give The SEAL’s Secret Lover a B-. For the romance, I can’t give it higher than a C+.  I am absolutely still on board for the next (and any other) books. Because of course.