“As a decorated soldier, the young General Tao knows only one kind of honor—to his people. But when his own king betrays him, he discovers that his sacrifices, his successes, may not have been for the good of the country at all.

Fate—and his enemies—throw him together with Elsabeth, a red-haired beauty who has served as the royal tutor. Her loyalties, though, remain with her father’s people, the rebellious Kurel, who worship the old ways, even harboring the forbidden arks that brought the Kurel to this planet ages ago. When a threat greater than their peoples’ war looms, intent on destroying the world they both know, the fierce warrior and the sensitive scholar must unite. Together, they must fight for their planet, for their world and for their love.”

I sat, trying to write up a blurb for this one and stymied by all the world building so I copped out. I’m not sure if this is tied into or will eventually be tied into any of your other SF series but from the questions left open I would assume that it’s the start of a new series. Or maybe I missed the first one. Anyway, I don’t read SF all the time and perhaps would have a different opinion if I did but the world building was actually my favorite part of the book. 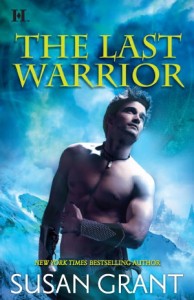 I enjoyed how it all starts to slowly shift then snap into sharp focus once the titles of the books Beth is carrying into the palace for the royal children is revealed. Well, that plus the name/title/deity Uhrth. Now I’m wondering about this Colony and why it had that number of colonists (3032) and how they got there. Seems like any group who would willingly head out into deep space exploration to settle a new world would believe in technology and science and medicine and not revert back to Luddites. But I guess after the Gorr arrive – and aren’t they awful? – and the “arks” are destroyed – deliberately? – so that the Gorr wouldn’t get back to Uhrth, some of the Colonists might have reasoned that if they didn’t turn their backs on all advanced knowledge, somehow the arks would be rebuilt or info about Uhrth would leak to the Gorr. With the rumored hidden arks in the Barrier Peaks, maybe this lost colony will eventually come home.

The Riders are interesting too. Kind of Plains Indians style people but ones who – from the background you’ve sprinkled in the story – are a mix of techno loving Kurel and back-to-basics Tassagon in their beliefs. And, just curious, where do those two names originate? I am trying to place them within the context of Earth but maybe they’re not. The Gorr are fascinatingly grotesque enemies and it seems from the info about the alphas’ speech trait now being passed on that more will be heard from about them as well as the sea raiders.

For people from two groups who have distrusted each other for -seemingly – generations, Tao and Beth quickly overcome their inherent, raised-from-the-cradle to believe, misunderstandings about each other. I guess for Tao that seeing, or rather experiencing, is believing as far as medicine goes. Still they reach detente rapidly. There’s a lot of info to be conveyed as well as setting up the conflict, romance and resolution of it all in a short word count so to keep it from turning into a tome, sacrifices are needed. Okay on second thought, Tao has fought the enemies of humans and sees them more as “in it together” or at least that they better not fight or the Gorr would overwhelm them. Meanwhile Beth has read the ancient Log of Uhrth and also knows that they can’t afford to take sides against each other or they’ll be lost to Uhrth forever.

You do come up with a plausible excuse for Tao to have to listen to Beth and try and fit into her Kurel world – namely that the Kurel elders might banish him and her if he doesn’t. Also the trade of information about the outside world for closer physical contact is inventive. Boo-yah that Beth loves to read books! Tao’s sister Aza and her husband King Xim show the Tassagon view of marriage as a business contract much like historical marriages here. Xim isn’t an uber strong villain but sometimes they’re the worst – those who allow themselves to be lead or who are manipulated by others.

Some aspects of the plot are more familiar to me – groups separated by distrust must somehow overcome their inherent differences and gather together or all is lost. Common cause must be found, misunderstandings dealt with and the disparate elements must unite! Tao leads the Kurel in a rag tag band together with appropriate Leader’s Inspiring Speech against the tracking Gorr. He, and the situation, rouse them from pacifist ways thereby leading to getting back together with the Tassagons. All this part of the plot seems more standard fantasy, SF, and historical stuff. It’s the world building that you’ve come up with that kept me interested and will bring me back to read the next book in the series – assuming that there is one.