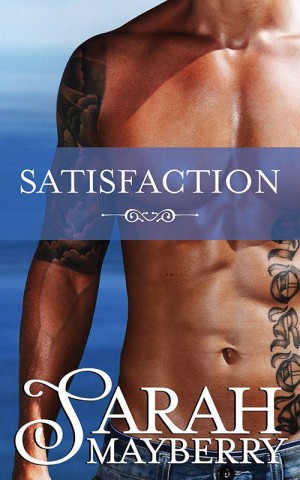 Maggie Hendricks has never had an orgasm. Ever. When her friend Cleo reveals that she had the best sex of her life with a tattoo artist while she was supposed to be getting some ink on her butt, Maggie decides to visit the same tattoo parlor, Brothers’ Ink. After all if Cleo can proposition an artist, why can’t Maggie as she tries to hunt down the elusive O.

But the hot Brazilian artist isn’t what she expects and he turns her advances down leading Maggie to run off in embarrassment. Intrigued, Rafel Oliveira (one of the twins that owns and runs Brothers’ Ink) seeks Maggie out and with a little prompting gets Maggie to confess what her real purpose in coming to the ink shop. It wasn’t to get the Tazmanian Devil tattooed on her ass. The two embark on a pseudo relationship designed to get Maggie off.

While I thought the set up of Rafel as the man who wants to settle down paired with the woman who already has and just needs to figure out how to jumpstart her female parts, I struggled with why Rafel was so hot to help Maggie out. This part of the story the reader simply has to accept in order for the rest of the romance to work.

I appreciated that Rafel, while hot, wasn’t really what set Maggie loose. It wasn’t even her own inhibitions but rather that she thought too much about the end game and couldn’t let go of her self control enough to completely immerse herself in the physical sensations. Part of this relates back to Maggie’s childhood when her mother contracted cancer and Maggie had to step into a role of adulthood too soon, taking care of bills, buying groceries, making sure her mother was fed, and so forth.

Despite having Rafel’s point of view, I didn’t quite understand him.  Was he attracted to Maggie because she was repressed? Because all we really see if her coming on to Rafel and then running out when he turns her down so his immediate fantasizing about her didn’t square up with his actions. We know why Maggie was attracted to Rafe. Her best friend said he was a sex god and Maggie thinks she needs someone like that to teach her how to “break on through to the other side.” (you’re welcome for that earworm).

He owed her nothing. For all he knew, she was some crazy chick who went around trying to throw her leg over any halfway passable male who crossed her path.

Rafel partied hard when he was younger and then fell for a friend of his, Lena. They had a tumultuous relationship that ended when Lena decided she wasn’t ready to settle down and moved to New York City. Rafel was left with his tattoo shop and his real estate investments in Australia.

Satisfaction is easily the sexiest Mayberry book yet but none of it reads forced or fake in part because the main crux of the novel is about getting Maggie off but we don’t spend all of our time in the bedroom because, as Rafel notes, its the brain that is keeping her from finding completion.

Predictably, Rafel and Maggie begin to develop feelings for each other and initially both are resistant to them. As time goes on, it is easy to see how well Rafel and Maggie fit. They are both voracious readers. Maggie describes Rafel as the “owner of a curious and open mind.” There was one moment at the end that I thought Rafe acted poorly and Maggie forgave him too easily. B-