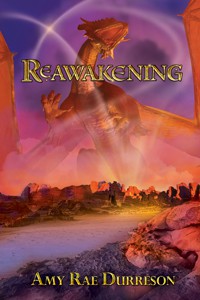 For a thousand years, since their defeat of the Shadow at Eyr, the dragons have slept under the mountains. Now their king, Tarnamell, has woken. Driven mad by loneliness, he hurls himself south until he finds and tries to claim the Alagard Desert. Unfortunately, the desert already has a guardian spirit, and he doesn’t want to share. Amused by the cocky little desert spirit, Tarn retreats, planning to return in human form.

When his caravan enters the desert, however, Alagard is missing. Rumors fly of a dark power, and soon Tarn’s caravan encounters the living dead and an amnesiac mage called Gard.

Forced to take refuge in the Court of the Shells, a legendary fortress in the heart of the desert, Tarn, Gard, and their allies decide to seek out the Shadow before it destroys the desert. But to confront the Shadow, Tarn needs to gather his strength. A dragon’s power depends on the love and loyalty of his human hoard, but Tarn’s original hoard has been dead for centuries. Before he can face his most ancient enemy, he must win the trust of new followers and the heart of a cynical desert spirit.

I had never heard your name before I purchased this book, which these days usually means that I would not have bought it unless somebody whose tastes I trust would have reviewed and recommended it. But for some reason the blurb of the book called to me and I liked the sample well enough, so here I am.

Tarnamell aka Tarn, a mighty dragon king, awakens after centuries of sleep. Being lonely, he cannot come up with anything better to do than fly to a dessert in his dragon form, where he decides that he wants to claim the dessert and its guardian spirit as part of his hoard. This story deals with a concept that should be familiar to most readers who love dragons (either dragon shifters or real dragons) in their m/m books. Specifically, dragons take care of and protect their treasure hoards (and of course their treasures may include human beings). Tarn slept for centuries after he and his fellow dragons (who are still asleep) defeated the Evil of the Land aka Shadow. It is no wonder that he is lonely – his human hoard died while he was asleep –, so his actions made sense to me. He wanted to find somebody new to take care of, to protect.

Tarn’s desire to make the dessert guardian spirit a part of his hoard does not work out too well, but soon he realizes that he has an even bigger problem on his hands – the Shadow may have returned. These plot points — Tarn’s acquisition of new humans to protect and love (and be loved in return), their combined efforts to defeat the Evil of the land, and Tarn’s search for love — make up what this book is about in a nutshell.

I enjoyed the story, but I thought that it belonged more to the fantasy genre than to romance, because the preparation and fight between good and evil was at the front and center of the plot. There is definitely a romance in the story as well, but I thought it had less of a spotlight even though the guys were the main characters of the novel. Opinions may differ on this, of course.

The blurb is really sneaky about developments in the romance department, so I have to be careful and try to be vague on the details – while making my opinion clear. I do not think it is a spoiler that the main romance story is between Tarn and the Desert spirit. But I cannot even tell you that Desert spirit’s name –- if you read the book you’ll figure out why. For certain reasons they do a lot of fighting and bickering while also having sex from time to time (and working to defeat the Shadow of course).

I am a big fan of “from enemies to lovers” romance and I liked that some of it was present in this story. The guys are not truly enemies, but the desert spirit was not happy with Tarn for most of the storyline. Several times I wanted to put the Desert spirit over my knee and spank him hard. Both “men” in this story belong to the spirit world in one way or another – Tarn is considered to be one of the “Spirit Lords” and the Desert spirit is well, spirit (and something else). Tarn is I do not know how many thousands years old and spirit is at least one thousand years old.

I often get really annoyed when supernatural beings who are thousands years old start behaving like stupid children. I thought Tarn mostly behaved like a very old dragon, and I liked that. Of course one has to make an allowance that he was a lonely old dragon who needed the love of his hoard to function properly, but I did not feel that he behaved irrationally at all. I loved him. I loved his generous spirit, even his overprotectiveness of people around him. The Desert spirit, on the other hand, I have to say that his annoyance with Tarn got old for me and *fast*. I understood the reasons why he was not happy, of course I did, but being of thousand years old, he should have understand the reasons for Tarn’s actions much faster than he did, and accordingly he should have stopped acting like a child much faster than he did.

I still enjoyed them together, I just imagined Spirit as a young man of twenty to twenty five for the most part and not as somebody who had lived for a thousand years already. The story flowed much better for me that way.

I also really loved the secondary characters in this story. I loved the female warriors especially, but several of the other people Tarn met were also very appealing and made me want to know more about them.

I liked the world building, but I was annoyed that the glossary of important definitions, people, and things was placed at the end. I understand why – because a lot of information contained in the glossary is spoilerish — but I thought that at least some of it was the information I needed before I started reading the book, not after. It was a strange retroactive addition to the world building and brought the grade further down for me.