I tell everyone I know about your books. I even shared the story of Parisia and Micah’s with some random taxi cab driver in Chicage because the tangerine craziness is something that I can’t keep to myself (although in searching the DA archives it appears that I have not reviewed this masterpiece. Trust me, I will rectify that nonsense forthwith). 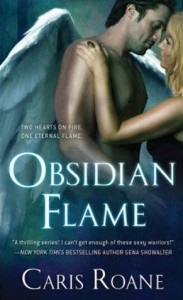 In the last book I felt a bit morose at how the females were portrayed. I noticed how each one of the women in power, particularly the crazy head woman in charge, was replaced by a man. This book was much more empowering for the women. Oh, Marcus is still in charge and Thorne, the hero, is taking a new position of leadership but I did feel that there was a lot of appreciation poured out for the women, particularly for Endelle.

The main love story is quite provocative and I wonder how readers will respond. The foreseeing heroine, Marguerite,was kept prisoner for more than a century in a religious institution where other seers were housed. At some point, Marguerite began to room with Grace and when Grace’s brother, Thorne visited, Marguerite brazenly came on to Thorne. Thorne responded and for a century, the two engaged in a secret physical affair. This relationship kept both of them sane during Marguerite’s imprisonment and Thorne’s endless fight on Second Earth against the death vampires.

When Marguerite is released, however, she leaves Thorne and runs away to earth. Marguerite wants to live and for Marguerite that means she wants to drink heavily and chase men. Thorne loves Marguerite, though, and abandons his position as the head of the Warrior Brothers, to follow her.

Marguerite feels a fondness for Thorne but she doesn’t think she loves him or at least doesn’t love him enough to want to abandon her plans to sleep her way around Earth. She begins by picking up a hot guy in a bar, Jose. Thorne watches her. Marguerite proceeds to have sex (good sex) with Jose but what she doesn’t realize is that Thorne has taken over Jose’s mind. (This happens in the first chapter and thus I don’t think it is much of a spoiler).

You crazy mofo. You went there. BRAVO. Seriously, bravo. Because having the heroine a) sleep with someone other than the hero and b) enjoy it is genre breaking. Plus, Maguerite’s sexual experience with Jose isn’t gratuitous. Maguerite is some nympho in name only. The barriers between her and Thorne’s expected HEA aren’t just for show.

I dn’t know if I’ve ever read a story like this before and it worked for me. Maguerite was desparate to have experiences. She loved men. In fact, it was her love of men that got her imprisoned in the convent in the first place. Her family was embarrassed and ashamed of her behavior. They beat her and then stashed her in a convent where she was beaten more. Her survival was based on her time with Thorne and her dreams of escape.

Thorne’s response to Maguerite is one of frustration and resigned acceptance. He loves Maguerite and part of what makes her amazing to him is her brazenness and lustiness. Thorne has to balance his love and lust for Maguerite with his possessiveness. Thorne is also increasingly disenchanted with the war. He’s done nothing but fight but his side hasn’t gained any ground. If anything, they were perilously close to losing the war. He isn’t sure what he is fighting for. But Thorne’s gift is to train and lead men and even though he’s battle weary, he can’t shut away those instincts.

In some ways, I found this to be a marriage in trouble story. The two had been together for a long time and while Maguerite had not gotten bored with Thorne, she was definitely curious about men other than Thorne. It takes her much of the book to come to appreciate Thorne’s worthiness as a mate for her; that mating with Thorne won’t tie her down; that whatever adventures she wants to explore, Thorne will be there to make sure they are enjoyed to the fullest.

Thorne’s response to Maguerite was always “yes, I want to do that too”. It wasn’t a resigned response nor did I feel Thorne was put upon (after all he was a grown man, several centuries old, and a leader of a powerful band of warriors. He could walk away if he wanted to) Nor did I feel like Thorne was settling for half a measure of Maguerite’s affections. Instead, I felt like Thorne was excited by Maguerite’s adventurism. His willing response was full throated.

Let’s be clear, though, this book is full of the crazy. There are weird foreseer dreams and a host of conveniences like stumbling upon a secret commune filled with warriors in training and other secret seers. There is the insane attention paid to the weeping wing locks which have to be as gross as it sounds.

He put his hand on her shoulder and folded off her robe. Her back was a mess. Her wing-locks were swollen and weep- ing. She wasn’t far away from a mount herself, but he knew of one sure way to keep the wings from releasing.He leaned over and began to suck. He started at the upper left wing-lock and gorged on the moisture that wept from the aperture.

I shuddered as I read about her non stop weeping wing locks and it wasn’t with desire. Certain writing tics have calmed down. The tendency of characters to use the dialogue tag “cry” is greatly reduced and by greatly reduced, my search function says 31 times. (This is a reduction, I swear). There is some anatomically impossible dual wing lock sucking along with some bizarre deep mind diving (done at the same time, like simultaneous orgasms).

The story has less battles but still enough scenes of the evil doers. All of them, however, are kind of surrounded by a rosy haze as if to say these creators of Death Vampires who are trying to destroy the other side aren’t so bad. That was a little too much for me to swallow at times. The backstories of Maguerite and Thorne are told in some terrible As You Know Bob fashion and there is definitely infodumping. Yet.

Yet, on many levels, this was my favorite Roane book. It took chances, particularly with the depiction of Maguerite. I felt that the mate bond was fully explored between the two. They both hated it and then came to appreciate it. Their love for each other was borne out of true emotion (okay, and lots of physical attraction) but their love was more than an instantaneous fated event. But the vaguely paternalistic tone wasn’t completely defeated. The women are primarily hearth and home folks while the men go out and fight the battles. Endelle, the most powerful woman, is subjected to some kind of horrible incidence from a man who professes to love her. Commander Greaves, the evildoer, is evil because of some poor relationship with his mother. While I acknowledge the problems, I can still appreciate that this book was different and fresh in terms of the relationship aspect. Maguerite is a fun heroine and Thorne, “I’m up for anything you desire” was sexy as all get out. B-

→ Jane
Previous article: REVIEW: The Girl in the Park by Mariah Fredericks
Next Post: If You Like …. Fifty Shades of Grey