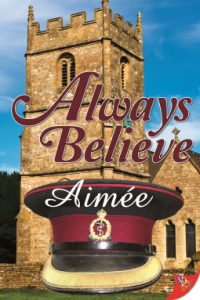 Lieutenant-Colonel Greyson Walsden returns to her hometown of Gloucester after a fulfilling career as an Army doctor. She takes a position as a general practitioner while pursuing ordination as an Anglican priest. Overworked and naturally reserved, she doesn’t have time or patience for socializing, let alone for falling in love.

For Angela Arlingham, life as she knows it is over. God played a cruel trick on her by robbing her of her daughter, Sybil, and Angela refuses to believe in Him any longer. When she meets Greyson Walsden, she’s impressed by the handsome doctor, but struggling with her loss makes falling in love with a priest all but impossible.

As circumstances throw them together again and again, the choice to follow their hearts may be the most difficult one of all.

TW/CW – off page death of a child, suicide, rape, homophobia, and bullying

The conflicts for this book drew me in as they’re believable and ones that didn’t seem as if they were either due to anything silly nor could they be solved by the perennial “five minute conversation.”  Plus there are older MCs which is always a plus for me. I think as a women’s fiction book, this one would pass muster but as a romance, I have to be honest and say that it didn’t quite work for me. One thing that might bother readers is the fact that many times the POV switched between the MCs from one paragraph to the next. There was always a dialog or thought tag to indicate whose POV it was now but I would have preferred a page break or other indication that this was happening.

First off, there is so much telling instead of showing. Since both MCs are older, I can see why there is a lot to their backstories that we need to know, especially as much of this shapes who they become but yeah, way too much telling. The action would just jerk to a halt as one or the other would – often in the middle of a scene – stop and get lost in memories. To be fair, I don’t know how else some of this information could have been conveyed but it did slow things down.

Neither of the main characters are ones you can warm up to easily, either. Angela has gone through a lot of pain, grief, and heartache when the story begins. But as the book progressed, this seemed to remain the chief aspect of her character. There really isn’t that much more about her to know. Her default is anger with a heaping spoonful of sarcasm and withering scorn. She drinks to excess and often gets blotto to ease her emotional pain. I was fine with her being difficult at times and with what she’s gone through, I was glad that her pain wasn’t erased too lightly but given her defenses and that she didn’t change much, it made it hard to see how Greyson fell for her. 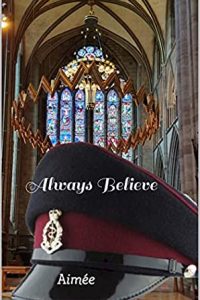 Greyson was not the person I would see entering the Church. She’s a loner, standoffish, usually puts her foot in her mouth when talking with people, doesn’t like to touch or be touched, and seems to dread the bread and butter of Vicaring – reaching out to and comforting people. Greyson tells Angela that she fought heeding God’s call to the ministry and I think she still is, at times. I could have seen Greyson being an anchorite or living in a contemplative nunnery but ministering to the sheep of her parish still appeared to be a daily effort that Greyson had to make herself do.

But at least Greyson is out to herself even if she still conceals it a lot to others – which is perfectly fine except for one time when it could have helped another LGBTQIA person’s relationship with the Church. Angela, on the other hand, at first doesn’t seem aware of her sexuality. Even with only 40 pages left in the story, I still wasn’t sure if she’s a lesbian or bisexual. The physical relationship was just – WHAM – there all of a sudden and I’m not sure I believe the declarations of love.

I did enjoy reading about Greyson’s struggles with answering the call to the ministry. Her personal grappling felt real and intense and almost at times as if she were in a boxing ring with her faith. She is the character I saw change and grow. Angela never seemed to do that until suddenly I was told that she had – a bit. But I didn’t really see it nor how Greyson fell in love with her though I did appreciate that there is no insta-love. Really, this is more women’s fiction than romance to me. B-/C+