I ask for review copies that I think I’ll enjoy but unfortunately, that’s not always the case. Here are some that I ended up not finishing for various reasons.

If home is where the heart is, Dogwood County may have just what Delaney Monroe needs

Newly retired from the Marine Corps, Delaney is looking for somewhere to start over. It’s not going to be easy, but when she finds the perfect place to open her dream motorcycle shop, she goes for it. What she doesn’t expect is an abandoned pit bull to come with the building. The shy pup is slow to trust, but Delaney is determined to win it over.

Detective Sean Callahan is smitten from the moment he sees Delaney, but her cool demeanor throws him off his game. When her late father’s vintage motorcycle is stolen from Delaney’s shop, Sean gets to turn up in his element: chasing the bad guy and showing his best self to a woman who’s gotten under his skin in a bad way.

Delaney isn’t used to lasting relationships, but letting love in—both human and canine—helps her see that she may have found a place she belongs, forever.

The reasons I didn’t finish this one are 1) there was a mismatch between me and the book and 2) partly it was the book. If a reader is not extremely interested in gym fitness and motorcycles, then this isn’t the book for them. Since a little bit of both subjects goes a long way for me, I was not the right fit for the story.

Way too much time is spent on what I felt were details that only slowed things down. The pace of the story is agonizingly slow. Editing it down by 50-75 pages might have helped. Sean’s initial scenes with Delaney also had a slightly pervy feel to me.

It’s part of a series but I think readers could start here and do okay. I did like the strong, working class heroine and seeing issues important to her treated with respect. Though I didn’t read to this point, from other reviews I’ve read, the heroine is mentioned as being bisexual. 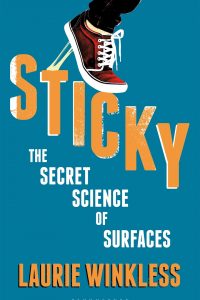 An exploration of the amazing world of surface science from the author of Science and the City.

In Sticky, physicist Laurie Winkless brings the amazing world of surface science to the popular science market for the first time. Atoms and molecules like to stick together—take friction, for example. This force keeps our cars on the road, trains on the tracks and our feet on the ground; similarly, anything moving through water or air encounters drag, a force caused by the viscous nature of fluids. In other words, there’s a lot of stickiness going on, all the time. But what do we actually know about the physics of stickiness? What’s really going on? How has nature evolved to make use of it, and what technological advances has it enabled the human race to create?

Using a fun and relaxed tone, Laurie Winkless introduces readers to the glues, adhesives and textures that rule and improve stickiness to give plants and animals an advantage, as well as uncovering the physics behind our sense of touch. Sticky also shows how our understanding of slipperiness opened the door to high-speed flight and space travel, and asks why friction and other surface interactions can cause machinery to literally grind to a halt.
This is fundamentally a materials science book, but it touches on topics as broad as medicine, robotics and geology. And, as we’ll discover, there are still many great mysteries. By exploring the tiniest of interactions, Laurie Winkless shows how civilization owes a great deal to our knowledge of the science of stickiness.

This book is well written and written with undeniable enthusiasm. It’s obvious that tons of research has been done. There are amazing and fun snippets of information in all the chapters that I read. But for me these snippets are almost overwhelmed by a surfeit of explanation. For someone in the field or insanely interested, I’m sure it’s probably not enough but for the average armchair reader, it soon gets to be too much. Chalk this one down as I wish I had enjoyed it more than I did and enough to finish. 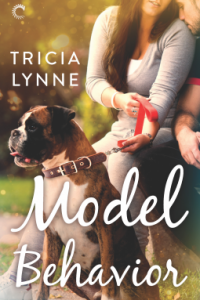 This time around, they’ll both have to take risks to make it work. Don’t miss this fun and flirty second-chance contemporary romance.

His body is giving out, his family is bleeding him dry, and he never prepared for life after football. When the Dallas Bulldogs offer him a coaching position instead of a returning roster spot, only two things keep him going—staying fit in case another football team picks him up, and spending time with a gray-faced Boxer at the Unlovabulls Dog Rescue.

Olive Russo is a woman who can walk through a kennel in a white pantsuit without getting a spot on her. The always organized PR pro will need her cool control when she’s forced to plan a fundraising gala for the Unlovabulls with the college boyfriend who turned her inside out. A decade ago, Hayes Walker broke her heart and sent Olive into a spiral of bad decisions that she’d rather her clients not know about. Now she is determined to keep the completely lickable Hayes off her to-do list—even if their chemistry is stronger than ever.

Dumping Olive was the worst decision Hayes ever made. When the amazing girl walks back into his life a full-fledged woman, he makes a play for her heart. But when Olive’s secrets are exposed and the NFL knocks on Hayes’s door, they’ll both need to leave their past where it belongs if they’re going to make it work the second time around.

In this case, me not finishing this book really is the old cliche “it’s me and not it.” I didn’t notice the Publisher warning about emotional abuse and alcohol which are two of my triggers. That is on me. As to the rest, I know that (based on the glowing reviews) there is a market for this book but I am not it. There was too much internal monologuing for me and despite the fact that I love animals, too much about dogs. I also felt that the sexy was more raunchy then I like. The reintro scene of the heroine and hero made me furious at the hero – really he has no clue that dumping this woman he loved and who he knew loved him via text wouldn’t make her try to avoid him for ten years?

I did like that the book addresses the issue of athletes dealing with post player life rather than just seeing them at the height of their fame on the gridiron. But that was about all I liked by the time I stopped reading.