What Janine is Reading and Listening to, Fall 2019

Death and the Harlot by Georgina Clarke

I read 39% of this book historical mystery set in mid-eighteenth century London before quitting. The period detail seems quite good and the book is pretty page-turning but unfortunately, the heroine’s motivations don’t make sense. 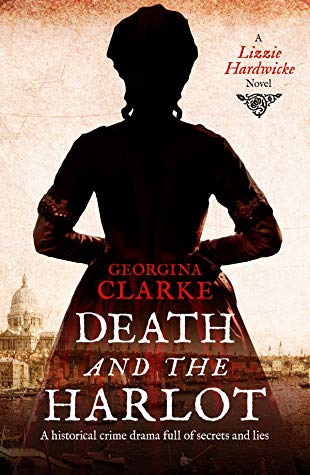 Lizzie Hardwicke is a sex worker in a high-class brothel (or at least as high class as bawdy houses got back in 1759) in London and one of her clients is murdered. Mr. George Reed wasn’t a particularly great guy; Lizzie only had two encounters with him, and she didn’t want to have sex with him but went ahead because it was her job.

According to the blurb, Lizzie decides to investigate his death to clear her name and there is some lip service paid to that in the book but since she’s not in imminent danger of arrest (at least in the first 39%), it’s not convincing.

Neither is it persuasive that Bow Street runner/inspector Mr. Davenport not only agrees to her suggestion that he allow her to question the people she knows in the demimonde and the streets on his behalf, but even lets Lizzie come along with him to examine the dead man’s lodgings.

Again, why? Lizzie is an amateur and Davenport hardly knows her. He doesn’t even fully trust her, so why? No reason is given.

Throughout the section I read, Lizzie helps out Sallie, an alcoholic streetwalker. At one point she even sneaks the Sallie into her room in the brothel, despite the danger this poses to her – she could be cast out of the brothel if that was discovered, and then she would end up on the streets herself. This doesn’t make sense either; Lizzie has only known Sallie for a few days, so why take this risk for her? Where would either of them be if Lizzie were booted out?

Lizzie keeps buying Sallie food and giving her money, but Sallie spends the money on gin, isn’t particularly appealing and doesn’t, as far as we know, remind Lizzie of anyone from her past. The only motive provided is that Lizzie feels she could end up on the street, too, but if that’s what’s behind the impulse, it should also serve as a deterrent to inviting Sallie into her room.

Later on, Lizzie is told by Sallie’s friends that Sallie remembered something pertaining to the murder and it’s a matter of life or death that she speak with Sallie right away. Lizzie can’t meet the girl just then because she is being herded back to the brothel and is threatened with losing her position if she doesn’t return there immediately.

That’s a good reason (finally), but the next morning Lizzie has the opportunity to go find Sallie and she doesn’t immediately take it, despite the urgency of Sallie’s request the night before. It’s a matter of life and death, so why doesn’t she leave right away? Again, we’re not told.

Lizzie wakes up groggy, which, okay, but then she goes through a whole scene that morning and doesn’t think of it. So… she risked ending up on the street to take Sallie into her room to sleep off gin but when Sallie’s life is on the line it escapes her memory?

Aside from the motivation issues, I also ran into another difficulty with the book. The setting was portrayed with detail and authenticity. But precisely for that reason, the sex work was difficult to read about.

The prostitutes in the book have to do their work to survive, and they don’t have other alternatives except pickpocketing. The nervousness they feel when meeting new clients is palpable. So the sex feels rapey. I’m glad the author doesn’t pretend otherwise and whitewash it, but at the same time, it was difficult to read. DNF.

The Devil You Know by Sophia Holloway

This is a historical romance set in Regency England. Though I am not an expert, I thought it well-researched. The heroine, Kitty, isn’t bad, with a wry and pragmatic outlook that I appreciated. When her stepbrother gives Kitty a choice between marrying an infamous rake or being cast out without a penny to her name, she chooses the frying pan over the fire. But she is determined not to fall for her new husband, the Earl of Ledbury, since he’s a notorious breaker of hearts. She resists falling into bed with him, too, for that reason. 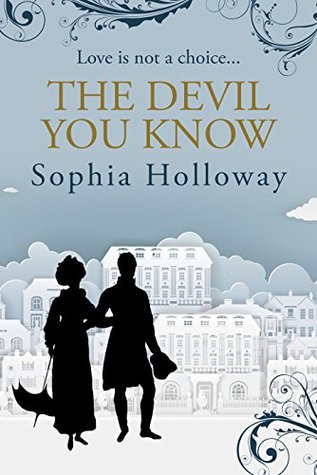 Ledbury has to marry Kitty for money and her dowry is generous enough to induce him to do so, despite her plain looks and her chilliness toward him. Kitty’s stepbrother is tightfisted, so it didn’t really make sense to me that he wanted to offload his sister badly enough to offer a sizable dowry. The given motive was that he had recently gotten engaged and his fiancée wanted Kitty gone from the house. But the fiancée herself is another penny-pincher so none of this seemed consistent. I was willing to disregard that enough to keep reading, though.

A bigger issue for me—a humongous issue, really—was Ledbury’s resentment for having to marry Kitty. He has only agreed to marry her because he’s in dire need of her money. I’ve read better books with that premise and I liked some of them. But Ledbury not only clung to his resistance, he denigrated Kitty in his mind. When, for example, she sets out to refurbish their country house using funds from her dowry, his internal monologue is full of resentment over it, to the point of even denying that the house needs updating.

Kitty and Ledbury share a love of horses so a romantic relationship could have been built on that, but the book struck me as thoroughly unromantic. Even when Kitty gets sick and Ledbury, almost against his will, decides to sit by her bedside and take care of her, his self-talk is filled with self-pity.

Ledbury is a realistic enough rake, I guess, but I needed to see him fall for Kitty. Waiting for that to happen bored me and irritated me. Even at 25%, which was as far as I got, I didn’t feel much romantic or sexual tension between them. I hated the way Ledbury whined about a marriage he chose to enter into of his own free will, and worse, the way he behaved like a petulant child. It was not Kitty’s fault that he needed her money.

The Devil You Know reads very much like a trad regency. Some reviewers on Goodreads have compared it to Heyer’s work. But where I find Heyer witty and satirical, I thought this book was humorless. Other readers might like it better but I didn’t like it at all. Another DNF.

P.S. I Still Love You by Jenny Han, narrated by Laura Knight Keating

I adored the audiobook of Jenny Han’s YA novel, To All the Boys I’ve Loved Before (the version narrated by Laura Knight Keating), so grabbing the sequel was an easy decision. Keating’s narration captures adolescence, with its awkwardness, insecurity and drama, really well. 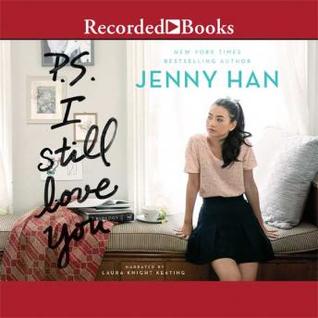 In the previous book, the shy, under-confident Lara Jean Song-Covey became involved in a fake relationship with popular jock Peter Kavinsky after her five secret love letters were unexpectedly mailed out. Lara Jean wanted to throw her sister Margo’s ex-boyfriend, Josh (one of the unintended letter recipients), off the scent. Peter’s goal was to make his longtime girlfriend, Genevieve, jealous after a breakup.

PS I Still Love You picks up where To All the Boys I’ve Loved Before left off, with Lara Jean’s decision to send a love letter to Peter, this time with full intention, confessing all her feelings for him. And despite her trepidation, she follows through. Peter forgives Lara Jean for some past mistakes she genuinely regrets and they agree to be boyfriend and girlfriend officially.

Their relationship is not without bumps, though. A revenge-porn video of them has recently been posted online (they were only kissing in a hot tub, but it looks like sex) and now they (Lara Jean especially) have to face down the whispers of their fellow high-school students.

Lara Jean is convinced that Genevieve, Peter’s ex, is behind the recording. Peter isn’t so sure. And just when he insists that Genevieve needs him and he can’t just drop his friendship with her for Lara Jean, an attractive boy from Lara Jean’s past shows up in her present.

To All the Boys I’ve Loved Before was adorable, but PS I Still Love You isn’t quite as satisfying. Possibly it’s in part because it’s the second book in the trilogy. In the first book, Lara Jean and Peter fell in love, but in this one they have to negotiate their relationship, what commitment to one another means. Although no less important, this process is not as romantic.

Something that made my reading experience a little jarring was Peter’s decision to be there for Genevieve. I was sure it would turn out that he had a good reason (he did) but the reason wasn’t what I thought it would be and that threw me for a loop. I know shouldn’t make assumptions, but I have the kind of reading brain that automatically jumps ahead.

John Ambrose McClaren, the boy who comes back into Lara Jean’s life, was almost too perfect.

Despite these issues, the book had many terrific moments. Lara Jean grows a lot in this book, more so than in the earlier one. I love Lara Jean in all her romanticism and vulnerability, and her funny younger sister Kitty. I enjoyed many of the Lara Jean / Peter scenes, the Lara Jean / John scenes, and a subplot in which the Song girls try to set up their father with a neighbor. The triangle (quadrangle?) was resolved in a way I found satisfying.

There is also a subplot about Lara Jean’s volunteer work at a local retirement community and her interaction with Stormy, an elderly southern belle. Their conversations ratcheted up the tension because Stormy advised Lara Jean to date a few other boys before committing to Peter.

The book brought back how emotional being a teen is; the insecurity and the entry into grown-up experiences like having a boyfriend for the first time. And this time, too, I loved Laura Knight Keating’s first-person narration for the way she captured these ups and downs so well. I plan to listen to book three, but maybe after a breather. B.

→ Janine
Previous article: REVIEW: The Story of Us by Molly O’Keefe
Next Post: REVIEW: One Way to Venice by Jane Aiken Hodge