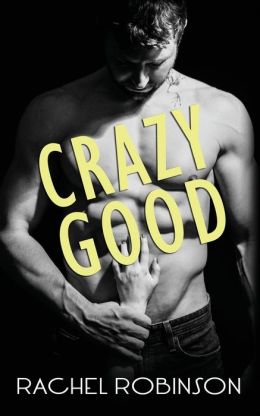 I’ve kind of hit my limit on books that denigrate almost every female in the book but the heroine (or the heroine’s best friend) in order to make the heroine appear more appealing. Not to mention that this is the second book I’ve read that has hero or hero’s friends make a joke referring to Hilary Clinton as a man. No matter what your political affiliation, seeing that is neither a) funny or b) attractive.

But that’s the least of the offensive things in the book. Maverick Hart is a super wealthy man who turned away from his family and became a Navy SEAL. For some reason, this causes dissension in his family and Maverick shuns them. This family conflict (which goes pretty much unexplained throughout the entire story and is resolved with the same attention to deal — read: none) is the source of Maverick’s self loathing which only comes out when the object of his pursuit, Windsor Forbes, falls in love with him.

Maverick’s crying about his poor, pitiable past was almost comical in its lameness. I’m all for not aggrandizing deep mental issues for the sake of a book, but at least make his inner torment equal to his emotional response. In other words, the non stop self flagellation about how his family just doesn’t understand and support him is lady boner deflating.

I guess that’s why Maverick is constantly sticking his dick in things. Even he realizes on some subconscious level that he’s got less mental fortitude than a toddler.

Maverick pursues Windsor hot and heavy, confesses his love for her but when she’s ready to return it he decides to push her away for her own good, of course, because even though Windsor is a grown ass woman, she’s not able to make decisions for herself.

I found elements of Crazy Good to be patterned after Top Gun with Maverick playing the Tom Cruise role of the feckless charmer and his best friend Steve as Goose.

Maverick has a low opinion of woman (as does basically everyone in this book). For instance, all chicks are bad drivers. “She is looking around, like all chicks do when they’re supposed to be driving.” He only screws woman in motels and won’t ever bring them back home because they’re just holes for his pleasure seeking. They don’t even warrant a head tap if he’s getting a BJ. But we know Windsor is special because she gets to not only have sex in his house but also is warned that he’s going to blow down her throat. Nothing says true love like a warning of incoming spunk.  “Should I give her the gentlemanly tap? Usually I don’t. ” Then there was the time our heroine muses to herself that “Women have no self-respect” when another girl hits on Maverick in front of her.

And let’s not forget the hilarious Hilary Clinton joke. Three SEALs including our favorite hero are at target practice.

“I ignore Stone and Steve’s loud ass conversation about which bad guy the holey cut-out looks more like….

“Fine. We’ll just agree it looks like Hilary Clinton and be done with this shit,” Steve chortles as they walk over to me.”

Windsor is supposed to be this sad girl whose lover cheated on her but for someone who is supposed to be scared of relationships she capitulates quite easily to Maverick. She’s a pale character next to the her friend Morganna who gets all the good lines and apparently the good shoes too although she’s portrayed as someone almost unbearable to work for or even live with.

There’s some inside joke that the author is actually a wife of a Navy SEAL, per the acknowledgments and the dedication not to mention this line: “Did you know there are twenty-five different ways to give a blow job? Or that one of the wives is writing a romance novel about Navy SEALs? ” Or at least that’s what we’re supposed to be lead to think.

There’s nothing particularly heroic about the presentation of these SEALs. It’s told to us many, many, many times that Maverick is a manwhore. I have no doubt that this is a true representation of what real Navy SEALs are like. Guys who know how to operate heavy equipment and get laid.  “During training there is a phone number you call in the middle of the night and a girl comes to you wherever you’re at and blows you.”

The last 25% of the book takes a complete detour from CrazyTown into WhatdidIjustreadville and turns into this funeral dirge. This last part was emotionally gripping in parts and is part of the reason why I believe there are several positive reviews. It was moving reading about certain things [although they seemed ripped from Top Gun], despite the obvious manipulation of it.

There are good parts like the friendship between Maverick and Steve. I liked Steve’s wife, Morganna, who is described (of course) as a ball buster because she doesn’t take shit from anyone. There were a few times when I laughed. But overall I cringed at the portrayal of women in the book and frankly the men too who acted half the time like they had the mental capacity of an infant focused on one thing–the boob. There’s no nuance here. I can see readers being entertained by the overly possessive manwhore in pursuit so long as she doesn’t mind feeling insulted now and again. D