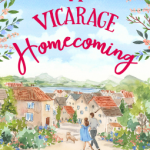 Can she find happiness and love in the place she once only wanted to leave? As the youngest Holley sister, Miriam has always been a bit of a rebel. After spending several years backpacking through Europe and Australia, she’s now back home… unemployed and pregnant, with no boyfriend or husband ... more > 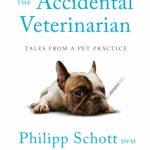 Cats, dogs, people — funny and heartbreaking stories from a pet veterinarian With insight and humor, Dr. Philipp Schott shares tales from the unlikely path he took into his career of veterinary science and anecdotes from his successful small-animal clinic. Dr. Schott brings to his writing the benefit of many ... more > 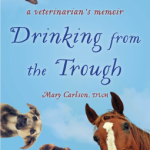 REVIEW: Drinking from the Trough by Mary E. Carlson, DVM

Mary Carlson didn’t start out to become a veterinarian, let alone the owner and caretaker of cats (many), dogs (two, both huskies), and horses (some with manners, some without) in Colorado. She was a suburban Chicago girl; all she knew of the American West came from the stories her uncle, ... more >

Friday News: ‘don’t quote me on that,’ samurai swords, domestic violence, and a singing vet

Some People Cited in Ivanka Trump’s New Book Aren’t Happy About It – So some of the women offered as examples, or, in some cases, quoted, in Ivanka Trump’s new book, Women who Work, are speaking out in protest of being included. From Jane Goodall, whose message clashes strongly with current Trump ... more > 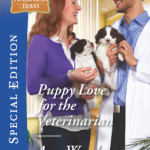 REVIEW: Puppy Love for the Veterinarian by Amy Woods

A New Leash On Love When June Leavy finds two puppies abandoned outside during a storm, she immediately feels a bond with the adorable animals. Swindled out of her life savings by her no-good ex, she, too, was left with nothing but heartache and struggles of her own. But when ... more >