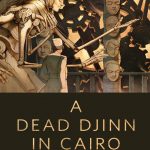 Egypt, 1912. In Cairo, the Ministry of Alchemy, Enchantments and Supernatural Entities investigate disturbances between the mortal and the (possibly) divine. What starts off as an odd suicide case for Special Investigator Fatma el-Sha’arawi leads her through the city’s underbelly as she encounters rampaging ghouls, saucy assassins, clockwork angels, and ... more > 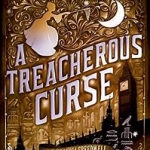 Dear Ms. Raybourn: This is the third in the Veronica Speedwell mystery series, and the fourth Deanna Raybourn title I’ve read. (In addition to the first two books in this series, I read the first Lady Julia Grey mystery, Silent in the Grave. I do plan to get back to ... more >