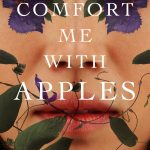 REVIEW: Comfort Me With Apples by Catherynne M. Valente

Sophia was made for him. Her perfect husband. She can feel it in her bones. He is perfect. Their home together in Arcadia Gardens is perfect. Everything is perfect. It’s just that he’s away so much. So often. He works so hard. She misses him. And he misses her. He ... more > 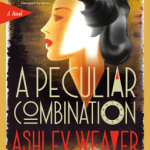 The first in the Electra McDonnell series from Edgar-nominated author Ashley Weaver, set in England during World War II, A Peculiar Combination is a delightful mystery filled with spies, murder, romance, and the author’s signature wit. Electra McDonnell has always known that the way she and her family earn their ... more >

The Royal Art of Poison: Filthy Palaces, Fatal Cosmetics, Deadly Medicine and Murder Most Foul by Eleanor Herman I’ve been on a pop history kick after the two Jennifer Wright books I recently read, so I picked up this book. It was only after I bought it that I realized ... more >