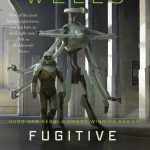 The New York Times bestselling security droid with a heart (though it wouldn’t admit it!) is back! Having captured the hearts of readers across the globe (Annalee Newitz says it’s “one of the most humane portraits of a nonhuman I’ve ever read”) Murderbot has also established Martha Wells as one ... more >

What Janine is Reading: Two Books 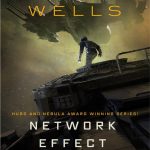 Murderbot returns in its highly-anticipated, first, full-length standalone novel, Network Effect. You know that feeling when you’re at work, and you’ve had enough of people, and then the boss walks in with yet another job that needs to be done right this second or the world will end, but all ... more > 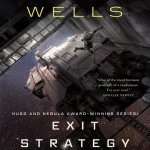 Murderbot wasn’t programmed to care. So, its decision to help the only human who ever showed it respect must be a system glitch, right? Having traveled the width of the galaxy to unearth details of its own murderous transgressions, as well as those of the GrayCris Corporation, Murderbot is heading ... more > 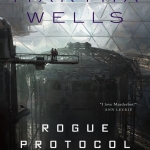 Martha Wells’ Rogue Protocol is the third in the Murderbot Diaries series, starring a human-like android who keeps getting sucked back into adventure after adventure, though it just wants to be left alone, away from humanity and small talk. Who knew being a heartless killing machine would present so many ... more > 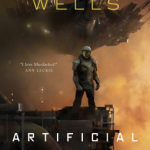 It has a dark past—one in which a number of humans were killed. A past that caused it to christen itself “Murderbot”. But it has only vague memories of the massacre that spawned that title, and it wants to know more. Teaming up with a Research Transport vessel named ART ... more >