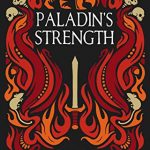 He’s a paladin of a dead god, tracking a supernatural killer across a continent. She’s a nun from a secretive order, on the trail of the raiders who burned her convent and kidnapped her sisters. When their paths cross at the point of a sword, Istvhan and Clara will be ... more > 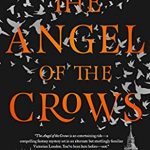 REVIEW: The Angel of the Crows by Katherine Addison

Dear Katherine Addison, Your steampunk fantasy novel, The Goblin Emperor, was my second favorite book of 2014 (my favorite being Station Eleven by Emily St. John Mandel). The Goblin Emperor held a tinge of melancholy, but also of hopefulness, and the balance of the two made the reading experience an ... more > 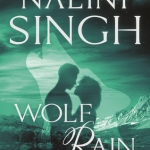 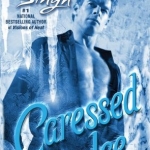 Dear Ms. Singh, A group of readers are rereading all the books in the Psy/Changeling series and discussing them on Twitter in preparation for the release of Wolf Rain. I don’t have time to reread all twenty, but I decided to read a handful of old favorites—and Caressed by Ice, ... more >

Recently, I reviewed Patricia Briggs’s latest entry in the Alpha and Omega series, Burn Bright. When it came up in the comments that although I’m an avid follower of Charles and Anna, I had only read the first of the Mercy books, readers persuaded me to read further on in ... more >

Betrayal, love, and lycanthropy in the time of the Crusades When Marie Penthièvre of Chalendrey is abducted from her Norman priory and taken to Brittany’s court, she vows never to dishonor her family’s ties by marrying a Breton brute. There is only one man who might change her mind: Tiarnán ... more >