Tuesday News: Speech and its Consequences

Six PEN Members Decline Gala After Award for Charlie Hebdo – The PEN Literary Awards recognize artistic excellence and free expression, and this year’s Freedom of Expression Courage Award is being given to French satirical magazine Charlie Hedbo, a decision that has caused six PEN writers to pull out of the ... more >

DA has some January ad space. Email ads@dearauthor.com. Thanks! Zone 2: 25 SOV space Zone 3: 25 SOV space Leaderboard: 50 SOV space Project Maelstrom: The Internet We Build Next – So BitTorrent is in the process of trying to revolutionize the internet by basically creating a shadow world wide ... more >

‘American Hustle’ Sued by Microwave Expert … The Movie Nuked My Reputation! – Sooooo, if you’ve ever seen the movie “American Hustle,” you likely remember the scene where Jennifer Lawrence’s character passive aggressively blows up their microwave by trying to cook food in a metal pan. When her husband laments ... more > 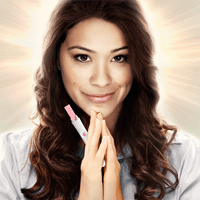 A fun exercise in speculation: Would I buy Apple’s rumored products? – As anticipation builds about next Tuesday’s Apple announcement(s), so does speculation about what product(s) will be introduced and what priorities consumers will exercise. Apple is holding a media event September 9th, so I’m going to engage in a ... more >

Why it makes sense for Amazon to buy Twitch – Twitch, the company that live streams video games, has been acquired by Amazon for a whopping $970 million. The sale will give Amazon new opportunities to capture the gaming customer, to sell more gaming-related products, and, according to this Verge ... more >

Dear Reader, I will preface this review by stating that Vanity Fair is not a romance, nor is it remotely romantic. For those who are unfamiliar with Thackeray’s classic novel, it is subtitled “A Novel without a Hero”, and satirizes English society circa 1815. It may be of interest to ... more >