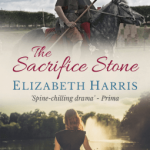 The present day: Beth Leighton arrives in the ancient Roman town of Arles with her brother, Joe, to investigate the story of a Christian child martyr, St Theodore. Legend tells that a young boy was killed by a Roman officer on a moonlit night at the pagan temple of Mithras, ... more >

Ariantes is a Sarmatian, a barbarian warrior-prince, uprooted from his home and customs and thrust into the honorless lands of the Romans. The victims of a wartime pact struck with the emperor Marcus Aurelius to ensure the future of Sarmatia, Ariantes and his troop of accomplished horsemen are sent to ... more >

SHACKLED TO A SLAVE! For ex-cavalry officer Quintus Tiberius Martial duty always comes first. His task to escort the Roman emperor’s latest captive should be easy. But one look at his fiery slave and Quintus wants to put his own desires before everything else…For Princess Brighid, her powerful, battle-honed captor ... more >

The wild heart of a warrior beat in the breast of Alena, daughter to a queen and mother to a king. A Celtic princess, she resolved never to bend to Roman rule. But how could she foresee that the iron fist of Rome would stoke her soul with the velvet ... more >

REVIEW and GIVEAWAY: The Shadowy Horses by Susanna Kearsley

“With its dark legends and passionate history, the windswept shores of Scotland are an archaeologist’s dream. Verity Grey is thrilled by the challenge of uncovering an ancient Roman campsite in a small village. But as soon as she arrives, she can sense danger in the air. Her eccentric boss is ... more >

Dear Ms. Townsend,   Books set in ancient Rome or Roman Britain automatically get points from me. I dunno why. Maybe it’s the thought of those strong men running around in skirts and draped bed linens. But anyway, I’ve sought them out for years from back in the days when you ... more >