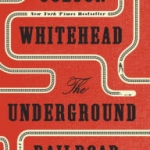 British Writer Tracks Down Teen Who Gave His Book a Bad Review, Smashes Her With Wine Bottle – You may remember this 2014 case – a teenage reader-reviewer named Paige Rolland gave Richard Brittain’s self-published book, The World Rose, a negative review, enraging Brittain enough to track her down and assault ... more >

25 Literary Opening Lines Diagrammed on One Giant Poster – Using the Reed-Kellogg sentence diagramming model, Pop Chart Lab has created a poster consisting of 25 opening lines from classic works of fiction. “Call Me Ishmael,” (Moby Dick) to “It was a queer, sultry summer, the summer they electrocuted the ... more >

In Praise of the Personal Review

Over the past few weeks, we’ve seen a lot of bluster in the YA community over what reviews “should be” and how they should be written and defined and what they should and should not contain. It’s a conversation that was very common in the online Romance community not so ... more > I don’t have any beautiful eulogy to give Jobs and it’s not that I don’t believe that he deserves a beautiful eulogy. He does.  He transformed our collective lives. But I have neither the connection nor the knowledge from which to give voice to a remembrance.  I’ve read several and ... more >