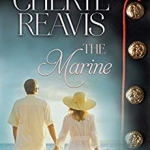 REVIEW: The Marine by Cheryl Reavis

Semper Fi Newly widowed Grace James knows she’s at a crossroads. Raised by her aunt, she spent her life playing the role of the perpetual ‘good girl’–never rocking the boat, always fitting in. And where did that get her? She had an unhappy marriage, and now she’s singlehandedly raising two ... more > 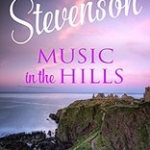 After spending time combatting terrorists in Malaya, James Dering returns to Scotland. He starts a new life at Mureth House, the home of his aunt and uncle, Mamie and Jock Johnstone, where he hopes to learn to be a farmer. But he soon learns that picking up farming isn’t an ... more > 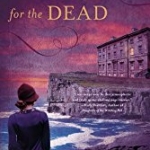 REVIEW: Silence for the Dead by Simone St. James

In 1919, Kitty Weekes, pretty, resourceful, and on the run, falsifies her background to obtain a nursing position at Portis House, a remote hospital for soldiers left shell-shocked by the horrors of the Great War. Hiding the shame of their mental instability in what was once a magnificent private estate, ... more > 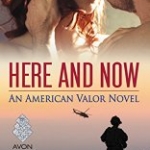 The Rangers of the 1st/75th fight hard, train hard and play hard. They are physically strong and mentally tough, disciplined and courageous. But all their military training hasn’t prepared them for falling in love. Former Ranger Medic Lucky James feels right at homeworking long night shifts in the ER, but ... more > 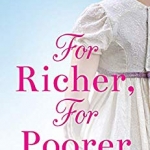 REVIEW: For Richer, For Poorer: Love & Adventure in Regency England by Valerie Holmes

England, 1815 London barrister and gentleman, Jerome Fender, has just returned to England after five years as a Captain in the killing fields of the Napoleonic Wars. With the harrowing scenes of battle still haunting his every thought, he sets out to start a new life and to find a ... more > 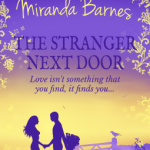 REVIEW: The Stranger Next Door by Miranda Barnes

You never know where you’ll find love… Anna Thompson, a 30-something widow and a mother of two, lives in the quiet village of Branton in Northumberland and leads a safe, simple life with her children. She is relieved when Moorside, the empty house next door is finally bought and looks ... more >